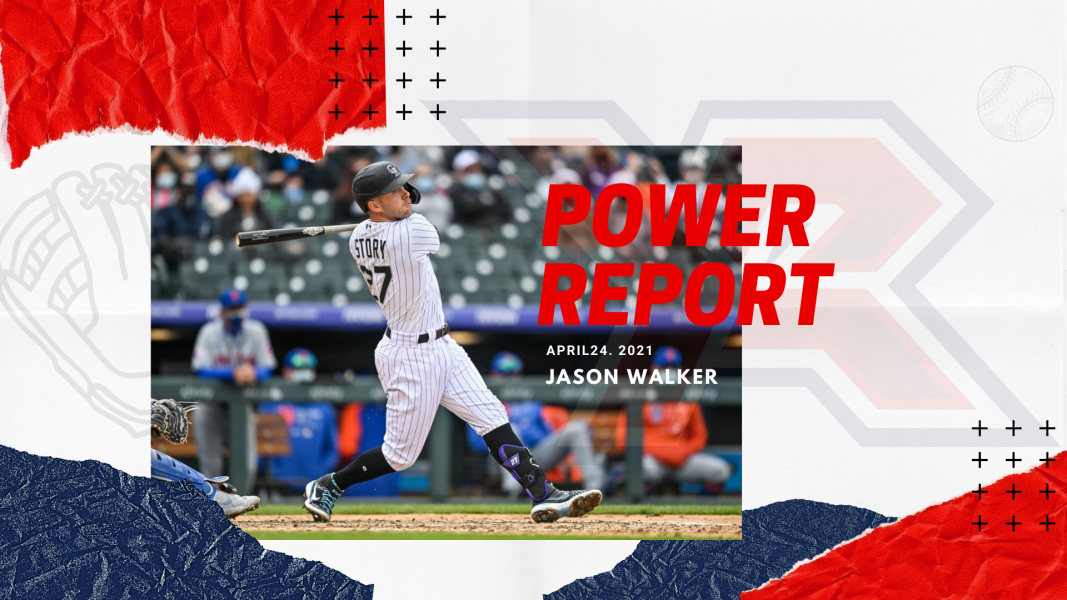 One of the hardest things to do in fantasy sports, especially fantasy baseball, is to know when a player is going to get hot, or if a player is just bad, or unlucky.  Fortunately, modern baseball statistics have helped in that area, with sites providing hard hit metrics, contact rates, and the usual amount of outcomes.  This has given us the opportunity to see who could be breaking next.  In the seasonal leagues, this would allow to target someone perhaps on the waiver wire for streaming or as a trade target.  In daily fantasy sports, this can help identify who has been unlucky in the power department and take advantage of their likely value before anybody knows they are getting hot.

To do this, we’ve taken the expected results from a hitter’s batting profile over the last month and measured that against what his actual results were. This creates an easy metric called GAP.  This higher the GAP, the more “due” a hitter is.  Let’s take a look at the current GAP leaders (minimum 40 AB’s):

The first player who stands out to me is Colorado’s Trevor Story. The Rockies shortstop has one of the highest expected power outcome ratings (177), along with 77% contact rate, which is very good, but his outcomes haven’t matched his performance.  His batting average is a healthy .286, but he has only one home run, and these stats indicate he should have seen more.  Looking even deeper into the numbers, Story has a 44% fly ball rate as well over the last month, meaning these hard-hit fly balls should have hopped over the fence more than they have, leaving Story as an excellent candidate to close some GAP, and soon.

One might assume that Joey Votto’s performance is showing even more erosion as the Reds first baseman gets older, with a .234 batting average and four home runs.  However, his metrics have actually been stellar, flaunting a (163) expected power rating and 79% contact rate, Votto should be showing more stats than he has gotten so far.  He has also posted a solid fly ball rate of 38%, so these aren’t ground balls that aren’t finding the holes, these are long flies and line drives (28%) that should be driving Votto’s rating higher.

Oakland’s Jed Lowrie is hitting over .300 and his actual power output rating is slightly above normal at 105.  However, he has been smoking even higher than that, with an expected power rating of 174 with amazing line drive and fly ball rates of 37 and 37 percent each. Someone might think he is selling high on Lowrie, but Lowrie has plenty of GAP to close.

Finally, let’s look at Brian Anderson in Miami.  Anderson has posted impressive metrics over the last 30 days, with a contact rate of 75%, a fly ball rate of 47%, and expected power rating of 152, leaving Anderson with a +89 GAP.  His .183 average and single HR has left plenty of output to regain over the next few series.