Battle Of The Melos 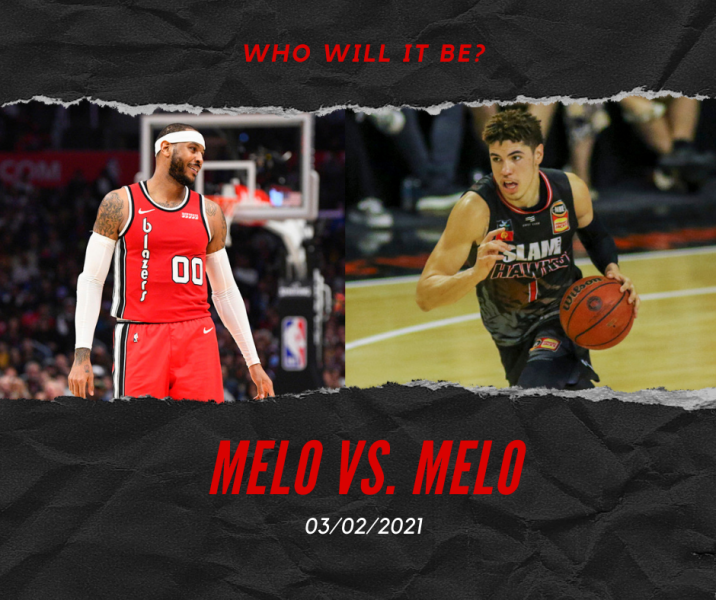 The match-up was something straight out of the WWE, with LaMelo copying and mimicking Carmelo's patient moves and signature taunts.  If you missed it, you missed out on one the most entertaining games of the 2021 season.  It gave me the chills and made me all mushy inside - the past versus the future in a battle of the ages.

LaMelo Ball's usage of the basketball moniker Melo (which is actually his name) has been highly frowned upon by many NBA loyalists who feel as if the NBA already has a Melo.  I mean, who does this guy think he is?  Also, I’m sure the disdain for LaMelo's boisterous father Lavar Ball hasn’t won him much fanfare within certain fan circles either.

But who cares?  I sure as hell don’t.

I enjoy watching LaMelo, Lavar and Carmelo, who just two seasons ago was being labeled as a has-been.  I love a good drama and last night was quite mushy!  It was raining 3’s - a FRANCHISE RECORD 24 to be exact, with Carmelo Anthony’s Trailblazers torching LaMelo Ball's Hornets 123-111.  Despite the L, LeMelo Ball continued his Rookie of the Year campaign with 30 points, 8 assists, 6 rebounds, 4 steals, 55% FG’s, and 71% on 3’s.

Kudo's to Robert Covington, who gained some much-needed fantasy basketball bravado last night as he led the way for the Trailblazers with 7 threes.  Covington’s fantasy stats have been awful this year. His fantasy contributions have dwindled and some fantasy basketball GM’s are saying he's reached his ceiling, a mere shadow of what he was in previous seasons.  However, that’s a story for another time.

Back to Melo vs Melo:

Carmelo Anthony managed to put up 32 points with 3 rebounds and 2 assists.  Last night wasn’t exactly how I envisioned the Melo torch being passed, but it was indeed passed, with the Melo‘s exchanging jerseys and posing for selfies together after the game.

Anthony even said it was an “honor” for Ball to carry on his nickname and use his 3-point celebration.

Well, this sure isn’t my father’s NBA.  Back then, NBA veterans were completely against openly passing the torch to rookies, especially if those rookies were blatantly attempting to be knockoffs of them.  It’s a new world.