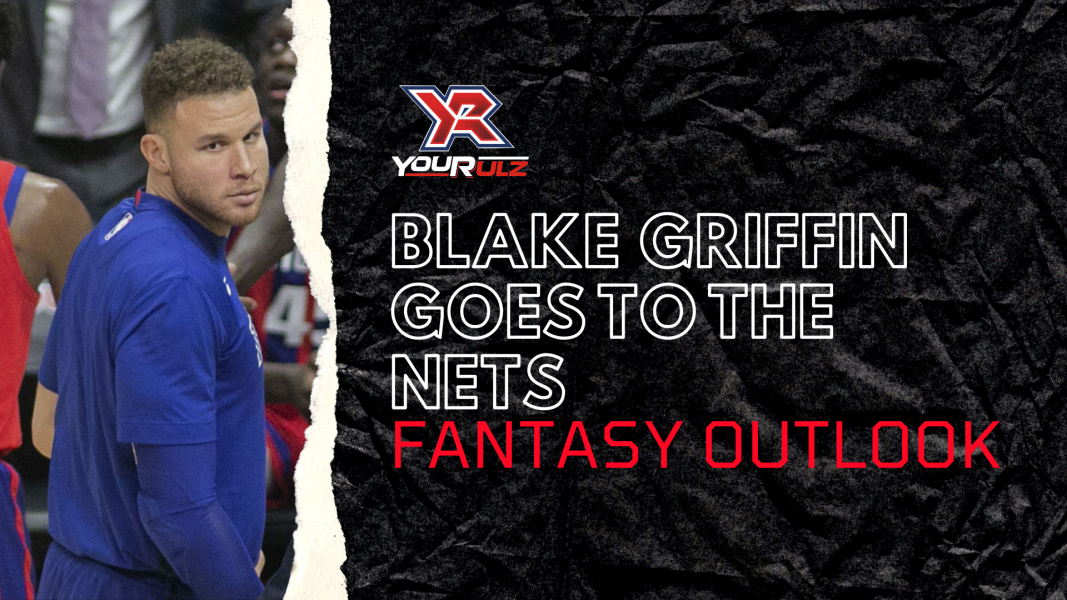 The Brooklyn Nets signed Blake Griffin after the former Clippers star was bought out and waived by the Detroit Pistons last week. One who remembers the dynamic ‘Lob City’ pairing with Chris Paul and, now, fellow Net Deandre Jordan, might be excited about Griffin participating with the Nets’ hyper-effective offense and rush to add him with the expectation of a return to glory.

Certainly, Griffin will find the playing atmosphere spectacular in Brooklyn, where the team is the most efficient offensive rating team in the league, and plays at the eighth fastest pace this season.  The Pistons, in contrast, were the third slowest paced team and seventh worst offensive rating in the league.  Also, the difference in playing with Kyrie Irving, James Harden, and Kevin Durant should be much more fantasy friendly than Dennis Smith Jr., Svi Mykhailiuk, and Wayne Ellington.

However, realistically how much opportunity could there possibly be for Griffin?  His three superstar teammates each use 30+% of the possessions and Jordan is still a plus defensive rebounder, as is Harden and Durant.  Also consider that this isn’t even the 29-year old Blake Griffin anymore, the last season that Griffin supplied above average production.  Griffin, who in his prime was creating his own offense and producing very efficiently while contributing above average rebounding to his teams, has sunk to nearly the bottom in the same categories.

According to Cleaning the Glass, Griffin, who had at least been near the league average in rebounding available misses and shooting, is now in the 15th percentile in defensive rebounding, and a miserable 6th percentile in effective shooting percentage, which factors in three-point shots.  Even more stunning is that Griffin, long associated as being a high flying finisher at the rim, is now in the bottom half of the league from that range.

The Nets must believe that Griffin has more in the tank that he simply wasn’t motivated to give in Detroit the last couple of lost seasons there.  And, perhaps, that he would be better as a small-ball center or as insurance in case the much-more effective Jeff Green’s injury is more long-term than expected.

At first look, you might consider the names and think that Blake would get the nod over Jeff Green in minutes, but a look deeper inside the numbers show that where Blake has struggled to reinvent himself as an outside shooting threat, Green has thrived in that role.

Griffin is below average in shooting on all spots on the floor, including a terrible, horrible 3rd percentile shooting (24%) on corner three’s, where power forwards who are in the game to stretch the floor are usually asked to contribute.  Green, on the other hand, is above average in every category, including 44% overall from three (93rd percentile), 71% at the rim (69th percentile), and a 63.1% eFG% (85th percentile).

Bottom line:  Griffin is long past the All-Star level he once was and this move to a much better situation doesn’t change that.  Don’t expect any more in fantasy, either.