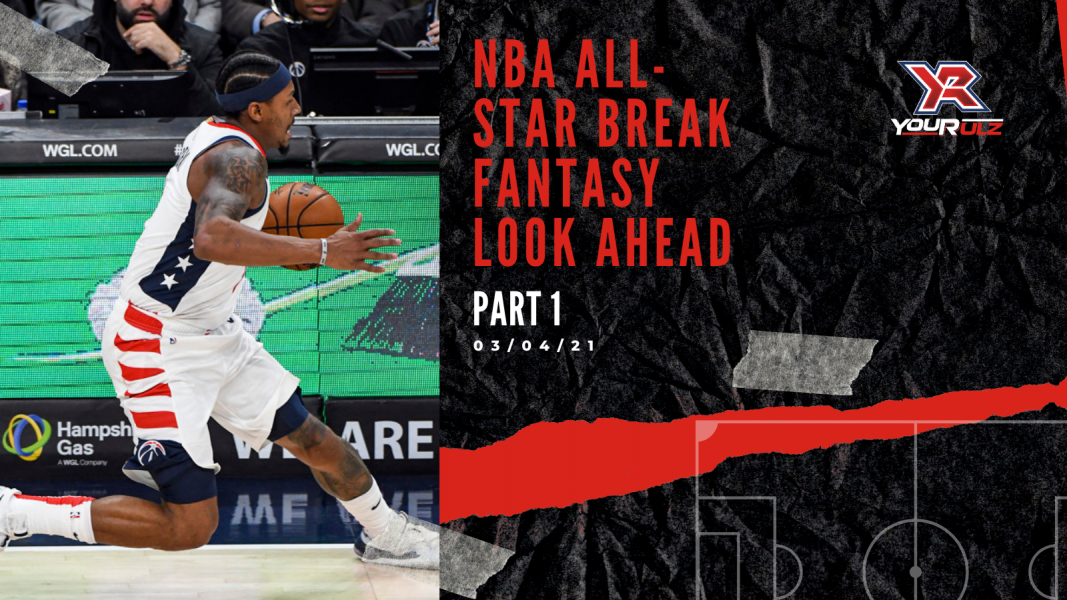 WASHINGTON, DC - DECEMBER 05: Washington Wizards guard Bradley Beal (3) runs down a loose ball against the Philadelphia 76ers on December 5, 2019 at the Capital One Arena in Washington, D.C. (Photo by Mark Goldman/Icon Sportswire)

As the NBA heads into its All-Star weekend, the league has already shown some interesting highlights from the first half of the season.  However, can they be counted on moving forward coming out of the break as well? Let's take a look.

In terms of when he plays, there shouldn't be anything standing in his way. The other star on the team, Russell Westbrook, is keen to keep on his triple-double track nightly and while he will definitely join in on the shot-attempt fun, it has not cut into Beal's usage thus far, nor is there anything (beyond injury) that would inspire a sudden change in role for Westbrook.

Also, the Wizards don't have a young draft pick angling for more attempts either as their 2020 lottery pick, Deni Avdija, is a more balanced player that hasn't shown a need to be a volume shooter at this stage. Lastly, the Wizards don't boast a dominant front court player that would also pry usage away from Beal.

So while per-game volume and production should be intact, the Wizards’13-20 record might inject fear into fantasy owners that there could be some tank-tastic efforts down the stretch for Washington, lending itself to potentially "resting” Beal rather than wear him out in a lottery season.

However, the Wizards have amazingly have gotten better, led by Beal, Westbrook, and great effort, leading to a 7-3 record over their last ten games. Also, this season there is a play-in postseason factor, meaning the 7-10 teams in the east would battle it out and, currently, the Wizards are only 2.5 games out of tenth place.  This means that Washington, with so much invested in their high-profile backcourt, will be highly vested to grind as hard as possible until eliminated.  And since we've established that the Wizards lean heavily on Beal to produce and lead the team to date, with nobody else waiting in the wings to take on more usage, Beal is set up to continue his production throughout the second half - at least until the Wizards are eliminated.

The Kings have participated in many high scoring affairs, making them an attractive fantasy target for opponents, as well as the Kings players themselves. They have the worst team defensive rating for the season, with a staggering 118.9 points per 100 possessions. On the flip side, they have a top ten offensive rating as well, scoring 113.3 points per 100 possessions. This means that while their opponents are scoring nearly at will on the Kings, Sacramento can fight back offensively, thus staying in the game and keeping all the principals on both teams on the floor accruing stats.

Can it continue? The key aspects of the defensive struggle comes from a roster that has a lot of minutes played from players that haven’t really developed the defensive bug.  Per NBA.com/stats, the Kings have six of the lowest 11 rated defensive players in the league (min 20 minutes per game) and a seventh (Richaun Holmes) just a few slots behind them.

This isn’t just a function of being bad early and slowly working back to normal. The Kings, in February, turned in a 119.3 points per 100 possessions effort, meaning they are still getting worse as the season progresses. So, beyond a trade that would bring in more defensive-minded players, or a coaching change that may involve bringing in a coach with a defensive reputation (or at least a reputation for slowing the game down), the Kings should be an excellent streaming target game to game.

It probably surprises some people that Capela, a player the Rockets practically gave to the Hawks at the trade deadline last season, is besting rebounding stalwarts Andre Drummond (13.5), Rudy Gobert (13.1) Joel Embiid (11.6) and Nikola Jokic (11.0).  But true it is, as the Hawks center is averaging a massive 14.2 boards per game for the season.

The Hawks have long been deficient on the glass, ever since Dikembe Mutombo was sent to Philadelphia 20 years ago. Capela represents a return to strong defensive rebounding, aiding the Hawks defensive efforts this season. Capela also leads the league in offensive rebounds, averaging five per game, giving the Hawks, and players like Trae Young and John Collins, more opportunities to score.

The Hawks have been a top offense all year long and, despite some February struggles and the firing of their head coach (Lloyd Pierce), they were 11th in offensive rating for the month.  Capela has been getting his own chances to score as well, averaging 14.7 per game.

Lastly, Capela is third in the league in blocks, with 2.2 per game, trailing only Indiana’s Myles Turner (3.4) and Utah’s Rudy Gobert (2.7) in that category.

The Hawks, like the Wizards, are not in a tank season, having spent almost 100 million dollars in the offseason to take the next step with their young core of players. Capela has averaged 29.7 minutes per game and has spiked to nearly 40 in quite a few games this season, underlining his importance to the team. The Hawks employ rookie Onyeka Okongwu and second year player Bruno Fernando at center behind Capela.  Okongwu started the season injured and has been slow to get in the flow in his rookie year and Fernando hasn’t developed much at all for the Hawks, leaving the lion’s share of the traditional center’s minutes to Capela.

Since the Hawks are in 11th place right now in the East (one game out of the play-in playoff zone), you can bet that interim coach Nate McMillan will be leaning on his veteran center even more in the second half of the season.