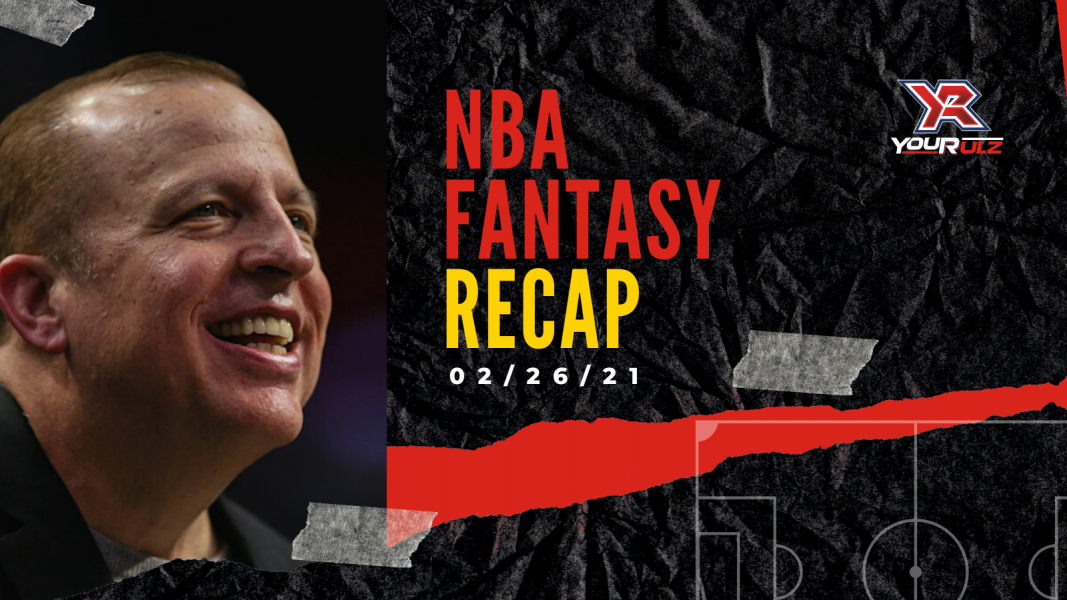 The Obvious: Ben Simmons All-NBA defense strikes again, this time greatly limiting Luka Doncic’s effectiveness. Doncic scored 19 points, but only had three rebounds and four assists in his 29 minutes. Doncic was also culled into seven turnovers and as the great Maverick went, so went the team.

Meanwhile, Simmons didn’t fully exhaust his efforts on the defensive end, as he still had enough to turn in a super-efficient 6-11, 15 point, seven assist, zero turnover night at the point for the Sixers. Joel Embiid struggled with his shot, shooting only 5-20, but got to the line early and often, shooting 11-12 there and scoring 23 points also without turning the ball over. In fact, Philadelphia only had seven turnovers for the game, three of them courtesy of Embiid’s backup, Dwight Howard.

Fantasy Watch: With Kristaps Porzingis out, there is a fantasy oddity that can occur whenever the Mavericks play a significant big during Porzingis’ absence. That oddity is Boban Marjanovic. The gigantic center started and logged nearly 17 minutes and, as he often does, filled the stat sheet with an 11 shot, seven point, and 12 rebound effort (with a block).  Always fun for the daily fantasy player, but also a hit to whoever picks up the other Dallas centers (Willie Cauley-Stein, Dwight Powell) to stream during Kristaps’ absence.

The Obvious: James Harden (16 shots) and Kyrie Irving (18 shots) were too much for the Magic, who wilted in the relentless goodness of the league-leading offense of the Nets. Kyrie only went 1-6 from the free throw line and still managed a 24 point, nine assist night. Harden had 20 points himself, along with nine rebounds and seven assists.

Fantasy Watch: Brooklyn is an offensive juggernaut; that’s what is obvious. They are now the #1 offensive rated team for the season, wrestling that spot away from the Milwaukee Bucks and scoring 118 for every 100 possessions. Given that the play, on average, 101.42 possessions per 48 minutes, you can expect a high-scoring game when the Nets are involved, every time. As a rising tide raises all ships, you can still see non-Big-3 players like Bruce Brown and Joe Harris able to accrue solid points (14 and 20, respectively) in games.

The Obvious: 140 points for the Tom Thibodeau Knicks! The Knicks took advantage of a typically bad Kings defense to shoot 51-87, or 59% for the game. As he does regularly, Julius Randle led the Knicks effort, making 9-18 shots and grabbing 14 rebounds.  However, it was the guard depth with Elfrid Payton out that made the difference offensively for the Knicks. Immanuel Quickley took advantage of the time he had lost recently and poured in 12 free throws in only 20 minutes, scoring 25 for the game. Alec Burks, another quick scoring threat, scored 24 in only 25 minutes of time.

The Kings shot 49 percent themselves, led by De’Aaron Fox, who tried to keep up with the Knicks with a 29 point, 11 assist effort.

Fantasy Watch: The Kings have been the third worst defense in February and the worst defense overall for the season. There is little resistance and they play the ninth most possessions per 48 minutes, meaning they make for an excellent fantasy target every night.

The Obvious: The Grizzlies scored a massive 72 points in the paint, bludgeoning the Clippers over and over again and sending all the starters of this game to the bench early in this surprise blitzing. Jonas Valanciunas scored 16 and grabbed 15 rebounds in his 25 minutes and Ja Morant went for 16 points and seven assists without a turnover.

Kawhi Leonard got his minutes in (31) and scored 17 points to go with his five rebounds and seven assists, but there was little working for the Clippers after a 27 point first quarter.

Fantasy Watch: Despite the defensive reputations of Kawhi Leonard, Paul George, and Patrick Bevereley, the Clippers have been seventh worst defensively in the month of February. Tyus Jones had 20 points for the Grizzlies, but was hyper efficient in 15 minutes off the bench and due to the blowout.

The Obvious: Bradley Beal scored 33 points to continue the Wizards winning ways, which is weird to write, but they have won 6 of 7 and 7 of 10. Russell Westbrook continues to triple-double, getting 16/10/10 on his ledger here and the two stars plus forward Rui Hachimura (20 points) level the surprise takedown of the Nuggets in Denver.

The Nuggets continued to sputter (5-5 over their last ten games) and the game ended on a bizarre play that saw the Nuggets with a chance to tie on a 4 on 1 break, only to see everyone stop behind the three point line and Jamal Murray (34 points, 12-23/6-11 shooting) being the lone defended offensive player and with the ball. The Nuggets only got a rushed three point shot from Facundo Campazzo and the game was over.

Fantasy Watch: Campazzo (32 minutes) once again closed the game out instead of Will Barton, who started but only played 22 minutes. Campazzo is a scrappy player that will shoot threes, but unless Murray is out and Campazzo can get the benefit of point guard related stats, he isn’t a great fantasy factor.

The Obvious: Another fun game involving two of the best offenses in the league: The #2 for the season Bucks and the #1 in February Pelicans. Zion Williamson has played to his reputation, shooting 15-26 for 34 points, eight rebounds and six assists. All of Zion’s points came inside the three point line, including four free throws. Lonzo Ball shot 6-10 on threes for his 20 points, but passed up a tying bucket to pass to Brandon Ingram (23 points, 25 shots) instead.

The winning Bucks were led by (no surprise) Giannis Antentokounmpo, who made 14 of his 27 shots for 38 points and Khris Middleton added 31 on 14-24 shooting.

Fantasy Watch: With Jrue Holiday still out and DJ Augustin missing this game, too, Donte DiVencenzo got 34 minutes and turned in a massive 24 point, seven rebound, nine assist effort. It is worth watching if Coach Mike Budenholzer sees this as a chance to lock in Donte instead of splitting time between DiVincenzo, Augustin, and Bryn Forbes as he has done with tepid results recently.