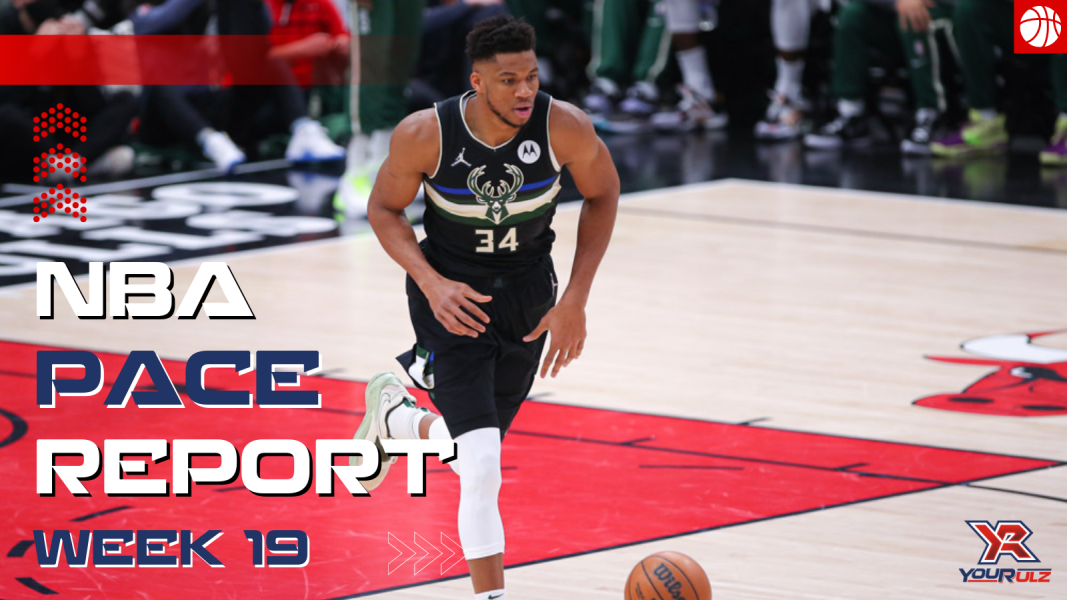 CHICAGO, IL - MARCH 04: Milwaukee Bucks forward Giannis Antetokounmpo (34) brings the ball up court during a NBA game between the Milwaukee Bucks and the Chicago Bulls on March 4, 2022 at the United Center in Chicago, IL. (Photo by Melissa Tamez/Icon Sportswire)

In Fantasy NBA, it is important to note the teams that play the fastest. The faster a team plays, the more possessions there are in the game and, therefore, more fantasy stats. We define how fast a team plays by the NBA Pace stat, which determines how many possessions per 48 minutes a team averages, found on NBA.com.

Additionally, because teams ebb and flow and change based on adjusted strategy, available players and the like, we look at the last 10 games as a gauge for the most up to date stats.

The idea would be to check the pace report, see who is playing fast, and then either target free agents from those teams that play for significant minutes or to simply decide which teams to target with your roster of players. If a player is slated to play a couple of the faster teams in the week, it may make a difference in starting that player over one who is not.

Let us look at the teams that were fastest in pace over the last ten games.

The Milwaukee Bucks are in first in pace, and carry the third best offensive rating (120.2 points per 100 possessions). They have a 115.3 defensive rating as well, so they are playing a lot of high scoring, close games. This is a great combination in which to have players getting 25-35 minutes.

The Timberwolves, at #2, are even tighter in terms of net rating (offensive rating – defensive rating = net rating), with a –0.4 net rating. This means the Timberwolves are likely to be in a tight contest, meaning less garbage time and better stats for the starters, especially the stars, who get the most possessions late in games for their teams.

On the other hand, the Orlando Magic have a –8.4 net rating, and doesn’t score well at all, ranking 28th in offense. This is more of a target play in this case, but they are more likely to get blown out, leaving your starters playing against them getting less significant minutes. Also in this category are the Oklahoma City Thunder (-7.5) and the Houston Rockets (-12.8).

The Memphis Grizzlies are on the other extreme of net rating on this list, as they are (+10.4). They are #2 in offensive rating, just ahead of the Bucks, and rock a 109.9 defensive rating, ranking eighth in the NBA over this span. So, this would be a team not to target with an opponent, but the Grizzlies themselves make nice plays here.