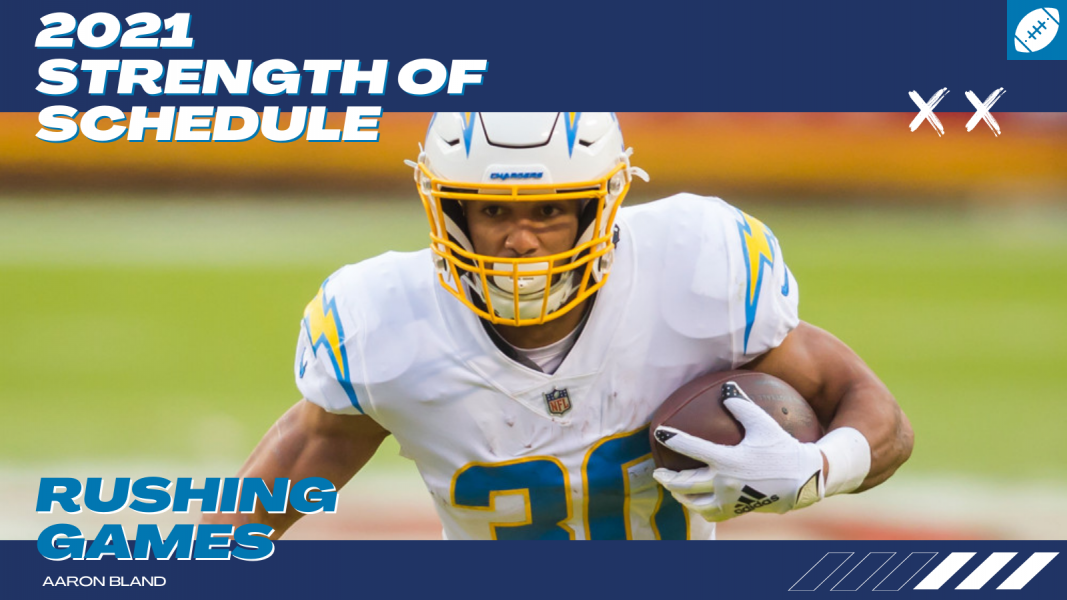 I’ve always found strength of schedule to be an underrated factor when it comes to evaluating and drafting a fantasy team.  Many NFL players over the years have turned in statistical seasons far above their talent levels due to being fortunate enough to play a string of embarrassingly bad defenses.    When it comes to debating two or more players at a position, you should always take into consideration who their opponents will be throughout the season; it can tip the scales in favor of a player and make your decision an easier one.  To me, this statistic isn’t covered well enough in the endless supply of cheat sheets, magazines, and internet articles.  It’s simply too valuable to dismiss.

The rankings below are based on the 2021 schedule for each NFL team and the results of rushing yards given up in 2020 by the NFL defenses they will be facing.  This isn’t a perfect statistic, as some defenses will improve in 2021 and some will regress, but I still find it to be a useful guide.

ALL THE REST (ranked easiest to hardest)