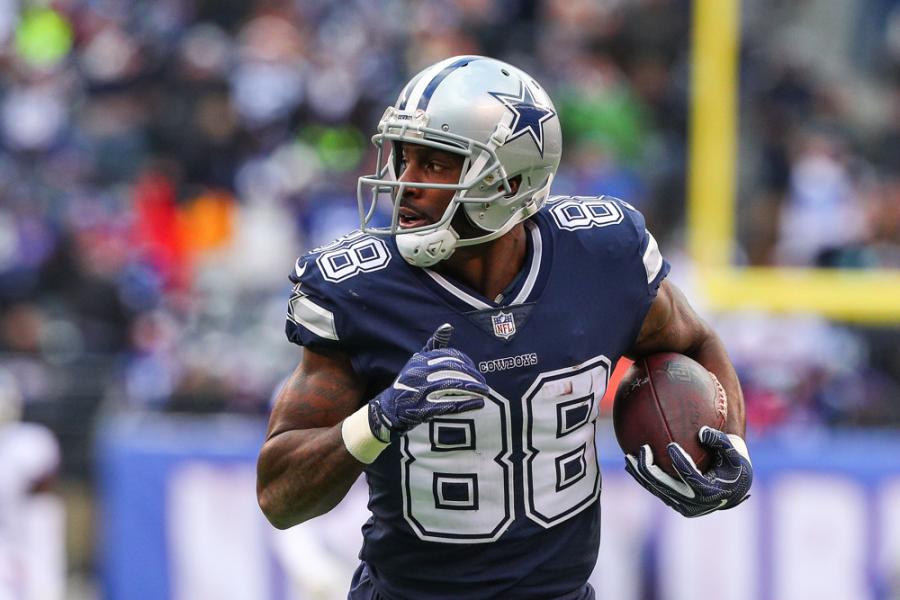 Folks, it had to happen and in this analyst’s personal opinion the Cowboys release of WR Dez Bryant is a good move for fantasy football.  My hats off to Jerry Jones; I know it was a tough decision to let Dez go, but the fact is this might just revive his flagging career.  One of the biggest arguments up for debate recently between die-hard Cowboys fans and the rest of the NFL in regards to Bryant has been his placement into the NFL wide receiver elite conversation.  Remember, word of mouth goes a long way in sports and in my opinion Dez Bryant, while one of the more athletic WR receivers in the NFL, is difficult to label elite.  He's the guy a few years ago that made the “catch that wasn’t a catch”, costing the Cowboys a possible run at the Super Bowl.  That's his legacy in Dallas right now.  Hell, the guy is ranked 1st all-time for the Cowboys in touchdown receptions (73) yet all people still talk about is the “catch”.  With the formation of this younger, faster Cowboy offense all fingers point at Dez Bryant as a weak link, despite his glorious past.  He seems to be viewed as a relic of the Romo era, an era in which the Dallas front offense seems to separating themselves from.

With that said, while some are saying they see revenge in Bryant’s future (meaning signing with an NFC East team), I see redemption!  Yes, sweet redemption.  I expect Dez Bryant to come out of the shadow of the "catch" to shut his critics up and have the best season of his career, racking up huge fantasy points for whatever daredevil GM deems him worthy of a job.

Let’s assume Dez is intent on revenge and decides to stay in the NFC East:

Giants cap space: $4,880,156.  The Giants are already stacked at the wideout position with Odell Beckham Jr., Sterling Shephard and Brandon Marshall.  However, the possibility of dealing Beckham is still floating there, and that’s a move that would change everything.

Redskins cap space:  $17,161,175.  Washington has the cap space and the flexibility to make this move but it’s being reported they really aren’t interested.  Their depth chart is already three deep with Jamison Crowder, Josh Doctson and Paul Richardson.

So much for Revenge…..

Seahawks:  I see an opening for Bryant’s services in Seattle to help fill the redzone void left by Jimmy Graham. Russell Wilson needs a target and Dez thrives in the redzone.  This collaboration could alter fantasy football as we know it.  C'mon Seattle, make it happen!

Patriots - I can see this happening as New England is famous for picking up seasoned vets, paying them very modestly, and introducing them to the Patriot Way (Randy Moss is a perfect example).  If Dez wants a chance at a Super Bowl title, he should definitely entertain any offer coming from the Patriots.

49ers – San Francisco has the cap space and a mediocre WR group.  They made huge strides toward a productive future with the signing of Jimmy Garoppolo, all they need now is a big target to throw the ball to.

Colts - The situation in Indianapolis at the moment is intriguing.  They have a ton of cap space and pairing Dez up with T.Y. Hilton would be a vicious duo for opposing defenses.  The primary issue is the health status of Andrew Luck.

Texans - They could pair Bryant up with Deandre Hopkins and he wouldn’t even have to leave Texas.  A pair of redzone hands like Bryant’s would only accelerate DeShaun Watson’s already explosive future.

Ravens – Baltimore has over 10 million in cap space and is in desperate need of play making wideouts.  The physicality and redzone threat that Bryant brings to the table has to be attractive.  Also, don’t forget the rumor that the Ravens were set to draft Bryant with the 25th pick in the 2010 draft before Jerry Jones traded up to get him.  Is that want still there?  Imagine the Ravens signing Dez Bryant and winning a Super Bowl - that would be the ultimate slap in Jerry Jones face, and sweet revenge for both Bryant and the Baltimore Ravens franchise.

The fantasy football season with YouRulz is approaching rapidly, and I feel the fearless GM that puts his stake in Dez Bryant is going to be rewarded with big dividends.