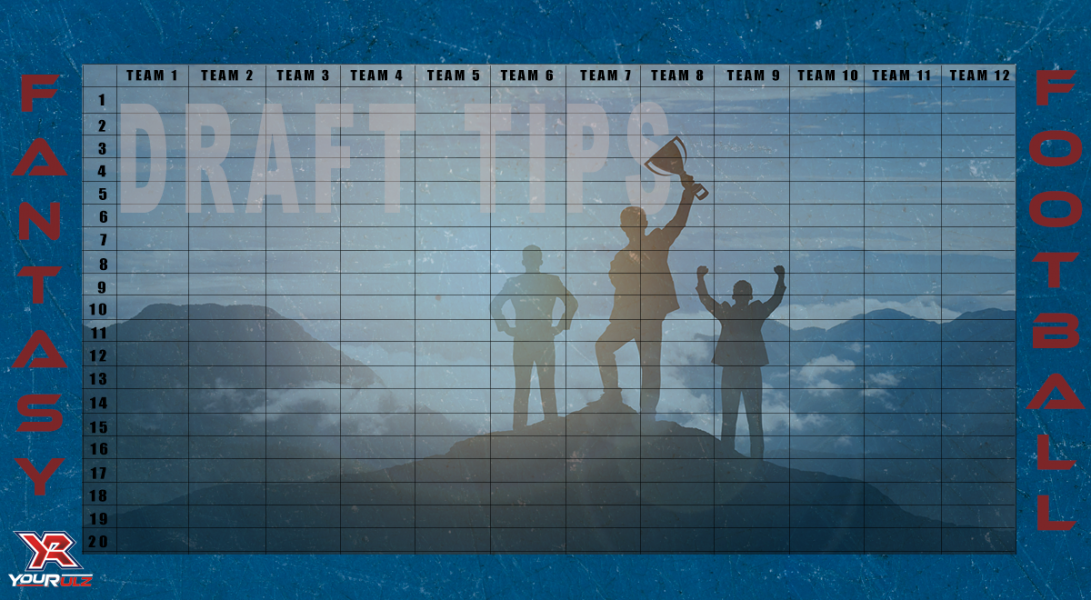 The day of your fantasy draft will be arriving sooner than you think, and you really want to be prepared this year.  Your smug co-worker took home the trophy (and the loot) last year, and has been unbearable ever since.  You desperately want to turn the tables on him.  To give yourself a leg up on your planning, here are a few things to keep in mind:

Let’s say that you think James Robinson is going to have a huge year, the best among all fantasy players.  And, since you’re lucky enough to have the first pick in your draft, you eagerly take him, triggering head-scratching (and snickering) all over your league.  However, he goes on to do exactly what you projected and scores 25 touchdowns, leading the NFL in fantasy points.  You’re beaming, strutting around like a fantasy genius.  But should you be?  Does his monster season mean you made a great pick?

Well, no.  Not when you could have easily taken him two or three rounds later.

This is what is meant when the word “value” is thrown around in fantasy drafts.  While you were taking Robinson, you could have taken Christian McCaffrey or Alvin Kamara and still ended up with him later.  While it’s easy to want to reach for your favorite player or the sleeper you think no one else wants, always question yourself before you make that pick:  Will he be there the next round?  That takes me to:

Know Your Fellow Fantasy Owners and Their Needs

Obviously, it’s impossible to know the tendencies of your fellow owners when you join public leagues with strangers, but for the millions of us that play annually with our co-workers or friends, there’s no excuse not to.  An important part of fantasy drafts is to be continuously looking ahead and analyzing the tendencies and needs of the other teams.  Always scan the ongoing rosters of your opponents during the draft to get an idea of their remaining needs.  For example, I still need a quarterback; do the five teams that pick before it comes back around to me need one as well?  If they do not, then perhaps it’s a good idea to grab that receiver who had a breakout year last year.  A pick like that can be made in comfort, knowing that the QB you want is almost certainly still going to be there in the next round.  A method like this sounds simple, but you would be amazed how many owners don’t practice it, rarely looking ahead and engaging in tunnel vision with predetermined strategies.  The draft board is a living, breathing, flexible animal; study it as it plays out and allow it to determine how you draft.  Too many owners approach a draft with a blueprint set in stone, such as telling themselves, “I’m going to take 2 running backs in the first 3 rounds no matter what”.  Depending on how the others pick, that may end up being a lousy plan.  Always stay flexible in your draft strategy.

Owner draft tendencies are another thing to always keep in mind when planning or looking ahead before or during a draft.  If you have been through enough drafts with the same people, you start to get an idea of the way they like to do things.  You learn their favorite players, and the positions they like to fill first.  Let’s say it’s your pick in the fifth round and you really want Aaron Rodgers, but you’re not sure if he’ll be there if you wait another round.  You look ahead to the owners that will make picks before it gets back around to you, and realize that your co-worker, that still needs a quarterback, is picking next.  You know he had him last year, and you know he also covets him.  Waiting would be way too risky – make that pick!  Besides, the wail of anguish that will undoubtedly come from him as a result of this maneuver is a delightful bonus.

A certain memory is still very clear to me.  In the late 90’s, one of the most consistently dominant teams in my league was in the midst of their worst season ever.  Seeing that team near the bottom of the standings was pretty jarring to me, and I can remember asking him to explain it.  What was the cause of such a lousy season?

“Well, it’s pretty simple.  I took way too many players on bad offenses.”

Could it be as simple as that?  In a lot of cases I think it is.  Let’s face it, there are a lot of very talented NFL players on bad offenses.  Whether it’s a RB or WR that play with a terrible QB, or a QB that is saddled with an awful offensive line or coaching staff, these poor guys have a consistent uphill battle.

In the meantime, teams like the Kansas City Chiefs and Minnesota Vikings move the ball at will, creating a fantasy paradise for a multitude of players at several positions.  A player like Dalvin Cook can make full use of his talent, knowing that the defense can’t key on him – unless they want to get fried by Justin Jefferson, that is.

Always keep the big picture in the back of your mind.  Often it’s better to take multiple players from the same great offense than any players from teams like the Jets, Giants, and Bears.

The mind-blowing fact that you’re going to be able to substitute players during live games with YouRulz adds a few new wrinkles into draft strategies.  As a result of this feature, I think drafting handcuffs for your elite players becomes even more essential.  If Alvin Kamara goes down in the first quarter, being able to instantly plug in Latavius Murray is a huge bonus that could be the difference between a win and a loss….and perhaps even making the playoffs or being left out in the cold.

Since players can be changed out due to performance as well as injury, your depth becomes more vital than ever.  Suddenly, that backup quarterback who you only planned to play during a bye week could become a game-saver when your starter is stinking up the joint.  With YourRulz, every single pick in your draft becomes more important.

For me, fantasy football has always been more about fun and bragging rights than money.  Therefore, I can’t really fault owners for taking the players they like instead of players that may have better value.  Who wants to cheer on their most hated rival quarterback for an entire season?  There’s nothing more satisfying than winning with what you believe are “your” players.  It’s the kind of thing that keeps us coming back for more, year after year.