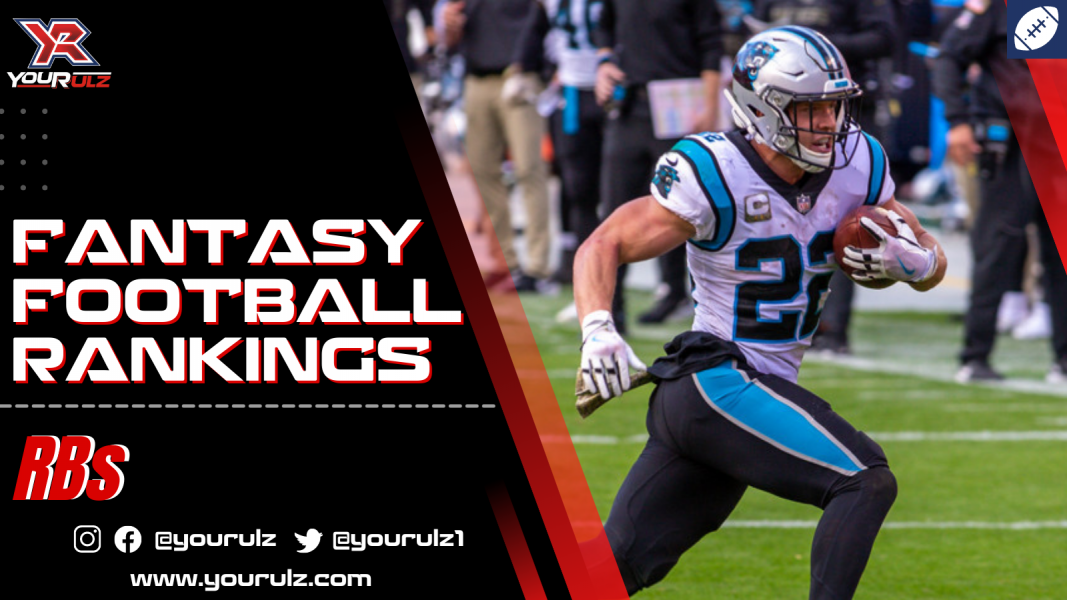 KANSAS CITY, MO - NOVEMBER 08: Carolina Panthers running back Christian McCaffrey (22) heads up field after a reception during the second half against the Kansas City Chiefs at Arrowhead Stadium in Kansas City, Missouri. (Photo by William Purnell/Icon Sportswire)

YouRulz’s Aaron Bland and Jason Walker rank their top 35 Running Backs for the 2021 season.  They certainly don’t agree on everything, but that’s half the fun.  The only thing that’s certain is that whoever is more right will hold it over the other’s head all year – it’s tradition.