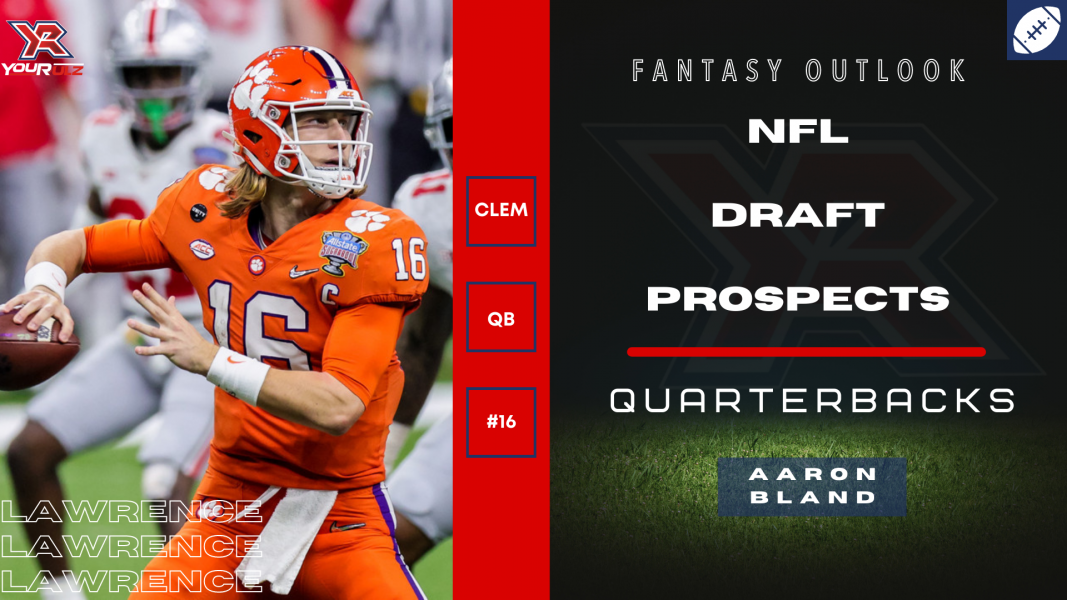 Unlike the others, we all know where Lawrence is going, #1 overall to the Jacksonville Jaguars.  With a completely new coaching staff in Jacksonville (including superstar college coach Urban Meyer), it’s a little tricky to predict what his rookie season could look like.  The Jaguars hired OC Darrell Bevell, who managed some creative passing offenses the last two years in Detroit.  The Jaguars also signed WR Marvin Jones out of Detroit, giving them a solid downfield presence.  RB James Robinson had a breakout 2020 season for Jacksonville, and the Jags will be counting on him to take some pressure off their young signal caller.  The Jaguars will also likely add some additional weapons in the later rounds of the draft (they have an additional first round and second round choice).  Lawrence is a gifted passer and a solid scrambler when a play breaks down, so he could end up with more rushing yards and touchdowns than most will predict.  However, expect Urban Meyer to bring Lawrence along fairly conservatively, protecting the mental side of his new franchise QB.  After all, Lawrence is the key to Meyer’s success in the NFL.

While it’s most likely that Wilson ends up going #2 to the New York Jets, there’s a possibility the Jets could keep Sam Darnold at QB and trade the pick to another QB-desperate team like Denver.  In what should be the highest-drafted BYU QB since Steve Young, Wilson saw his stock skyrocket more than any other college QB.  He’s the kind of quick-thinker that the NFL requires, a mentality that is often missing in the more-talented passers.  Assuming Wilson ends up on the Jets, he’ll be part of a rebuild that is best to avoid.  A destination like Denver is more attractive, but Wilson is going to have his work cut out no matter where he ends up.  He also won’t help fantasy owners on the ground like some of the other prospects.

Draft projections have Fields going as high as #3, so expectations are high for the fairly-raw QB who was able to thrive against less-talented competition in college.  As far as fantasy projections, Field’s rushing abilities put him at a level above the other QB’s on this list.  As a rookie in 2011, Cameron Newton didn’t light up the scoreboard through the air (only 21 passing TD’s) but ran in a record 14 rushing TD’s, putting him in the Top 5 of fantasy quarterbacks.  It’s possible Fields could threaten similar numbers on the ground, which could make him an intriguing late-round flyer in fantasy drafts depending on where he ends up.

A 20-year old with only 318 FCS pass attempts under his belt, Lance is quite a NFL gamble.  That isn’t expected to stop him from being taken high, however.  While he possesses only an average arm, he has a high quarterback IQ and can also move the chains on the ground.  Don’t be surprised if an NFL team smitten with his potential team trades up to get him high in the first round.  However, will that team then put a rookie QB as inexperienced as Lance out onto the field in 2021?  I have my doubts; expect to hear a lot more about him heading into the 2022 season.