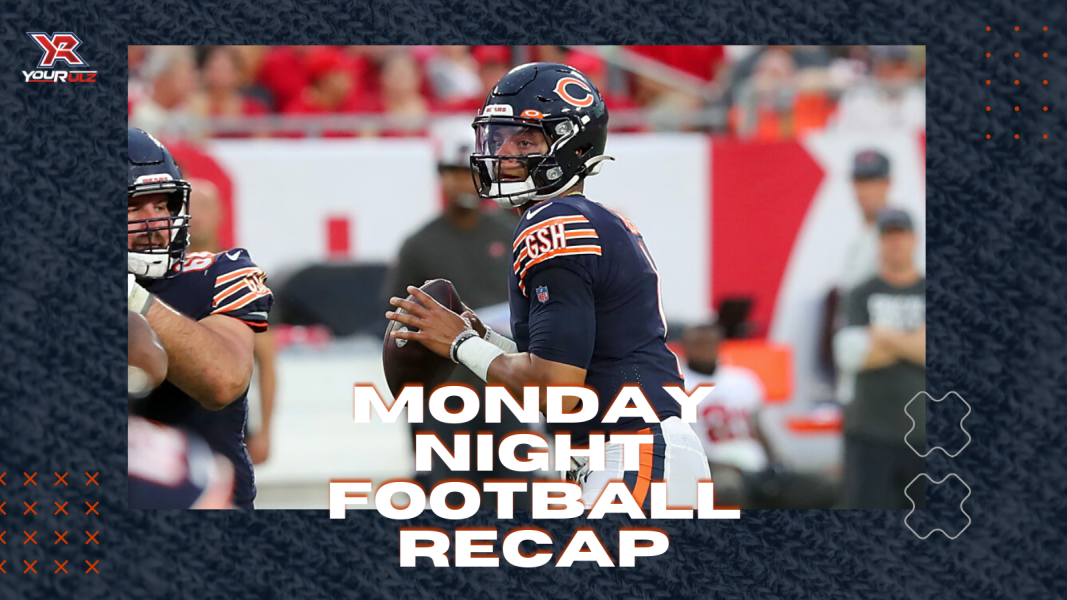 TAMPA, FL - OCTOBER 24: Chicago Bears Quarterback Justin Fields (1) scrambles away from the Buccaneers rush during the regular season game between the Chicago Bears and the Tampa Bay Buccaneers on October 24, 2021 at Raymond James Stadium in Tampa, Florida. (Photo by Cliff Welch/Icon Sportswire)

On Monday night, the Bears came unbelievably close to ending their 3 game losing streak against the Steelers.  However, despite their best efforts they were defeated 29-27 by a last second field goal courtesy of Pittsburgh's Chris Boswell.

The Bears earned a crucial stop on a third-down sack by Cassius Marsh deep in the 4th quarter with 3 mins left on the clock and a three-point deficit.  Shockingly, Marsh then gets called for taunting, which stretched Pittsburgh's drive.  Due to the penalty, the Steelers were able to drain nearly a minute off the clock before kicking a 52-yard field goal to increase their lead to six points.  Tough break Chicago!  In addition to the game-costing penalty, Marsh accused the ref of hip-checking him on his way back to the bench.

The refs have been under scrutiny this season for their taunting penalties, which have seemingly changed the outcome of quite a few games.

Most fans (including me) believe taunting penalties are petty and should be called sparsely, if at all – and never in game-altering situations.  As a fan, watching the outcome of a close game change because of sideline or after-the-play antics is degrading to my tension span.  Basically, it makes me not want to watch because to the naked eye it looks like the players don’t control the outcome of these games using their grit, athleticism and play-making mechanics.

In short, it looks like the refs control the outcome of too many games.  However, looks can be deceiving. You would think every seasoned player would know at this point that if you get a sack and then proceed to dance and celebrate in the middle of the field, odds are two to one that you will get flagged.  Cassius Marsh learned the hard way.