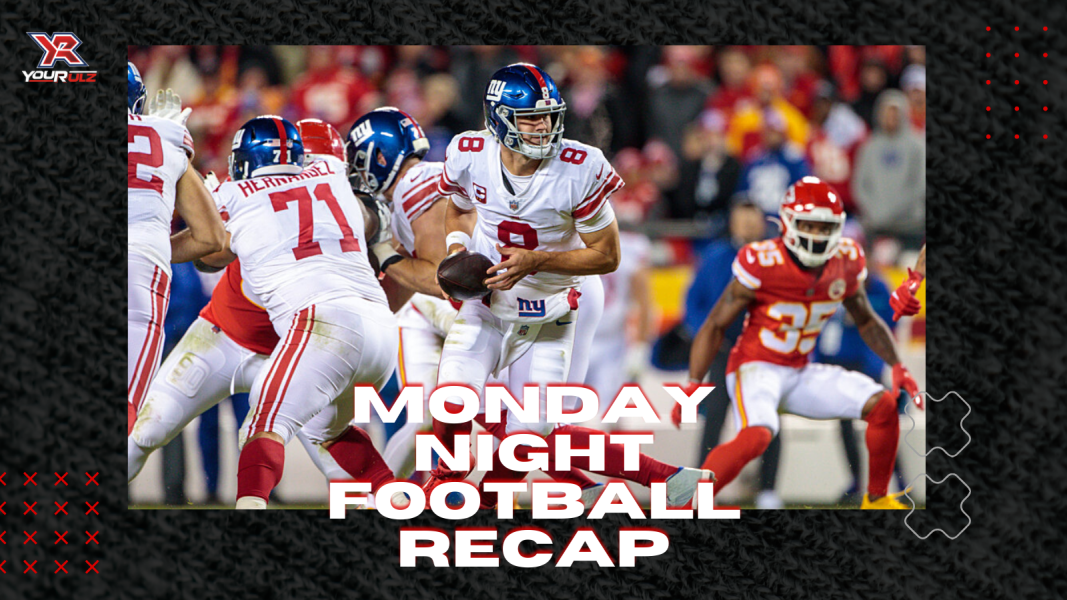 The Kansas City Chiefs edged the New York Giants 20-17 with a rather messy win on Monday Night Football.

Throughout the evening, Kansas City averaged only 4.8 yards per play.  Even when the Chiefs finally got a rhythm going, they couldn’t sustain it due to dropped passes, penalties, and turnovers.  Despite this and with roughly five minutes left in the game, Patrick Mahomes led the team down the field for a field goal to grab a three-point lead.

The Giants had a last-ditch drive attempt, but Chiefs Defensive lineman Chris Jones (who finished the evening with two tackles, two quarterback hits and a quarterback sack) single-handedly iced New York's final drive by getting pressure on Giants QB Daniel Jones on two of their last four snaps, producing a sack and then forcing a fumble which ultimately sealed the win.

Kansas City’s record sits at 4-4, while the lowly New York Giants are shipwrecked on a melting iceberg with a 2-6 record.

In a post game interview, Chis Jones rubbed more salt in the wounds of disappointed Giants fans with his confession of playing with torn ligaments in his wrist.