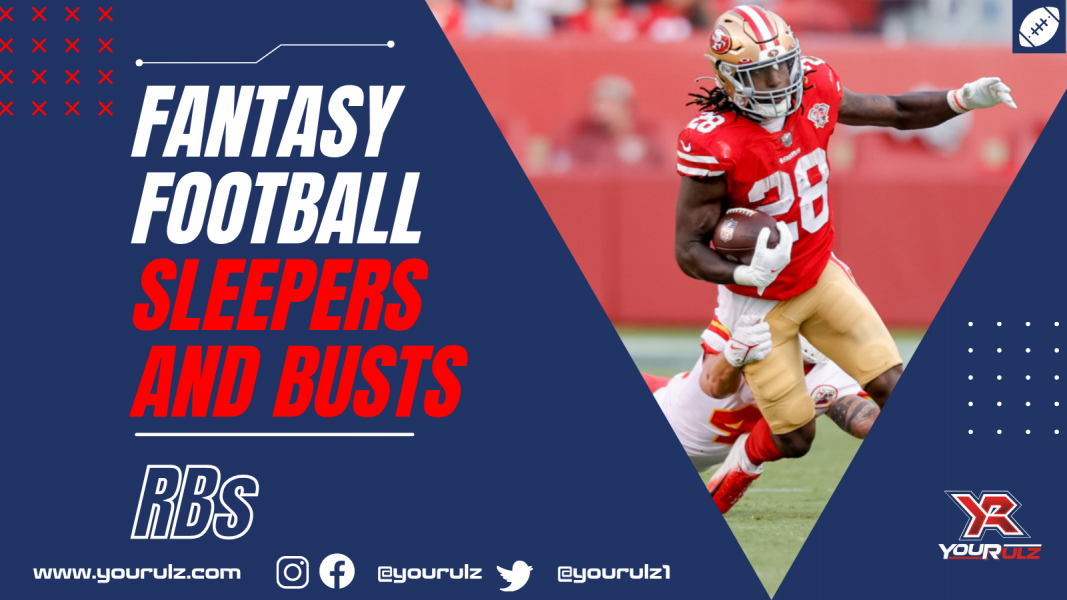 Mike Davis, Falcons:  The signing of Davis drew yawns all over the league, but the fact remains the Falcons must hand the ball to SOMEONE, and the rest of the depth chart is laughably bad.  While Davis’ injury history is an obvious concern, he’s currently going as a ridiculous RB22, behind the likes of Miles Sanders and Myles Gaskin.  On top of all that, the Falcons coaching staff have described Davis as a “natural pass catcher”, so there seems to be an excellent chance that Davis is the quietest 3-down back in the NFL by far.  Grab him in the middle rounds and laugh all the way to the playoffs.

Trey Sermon, 49ers:  The 49ers have claimed they want to run the ball 500 times, and Sermon is the one who keeps getting spotlighted throughout the summer and fall.  Raheem Mostert, the current starter, could roll out of bed tomorrow and miss the season, so Sermon is a must-add late in drafts.  If/when Mostert goes down (he’s already in a knee brace and the season hasn’t started yet), Sermon is an instant 20+ carry back.

Kenyan Drake, Raiders:  Josh Jacobs was more ineffective last season than the Raiders were expecting, so they broke the bank to bring in Drake.  While he’s hyped as a pass catcher and “change of pace” runner, I think he’s going to get more touches than people are expecting in a rotation.  If Jacobs gets hurt or is ineffective, Drake would be an instant 3-down monster.  The coaching staff did not bring Drake in to sit him on the bench.  Currently drafted as a RB40, he’s a steal.

Saquon Barkley, Giants:  Barkley is a tremendous talent, but his body doesn’t seem to be able to hold up the punishment of the NFL.  His return from ACL surgery is coming along slower than expected, and he may even be limited for the entire first month of the season.  Even when healthy, the Giants have one of the worst offenses in the NFL and defenses are sure to key on him.  Being drafted in the first or second round of fantasy drafts, my advice is to let someone else inherit that impending disaster.

Miles Sanders, Eagles:  It looked the Eagles may have had a franchise RB when they drafted Sanders a couple of years ago, it just hasn’t worked out that way.  Any potential value Sanders may have been looking this season were dashed when it was announced he would basically be splitting carries with the talentless Boston Scott.  Ouch.  His current position of RB19 is way too high.  Run away!

D’Andre Swift, Lions:  The hype built up for Swift all summer, but the air has slowly been let out of the balloon as the season approaches.  Swift injured his groin and has missed tons of practice, opening the door for Jamaal Williams to run with the #1’s.  His chance to be a bell-cow went out the window as a result, and the coaching staff now describes Williams/Swift as a “one-two punch”.  Swift can’t seem to get out of his own way and take advantage of opportunities, and I don’t see this season going any differently for him.

Darrell Henderson, Rams:  When Cam Akers went down for the season, the spotlight suddenly turned to the underachieving, injury-prone Henderson.  Henderson was constantly nicked up in a reserve role, so it’s difficult to see him making it through even a quarter of the season as a 20-carry back.  Let your know-it-all buddy draft him in the early rounds while you quietly snicker in the background.