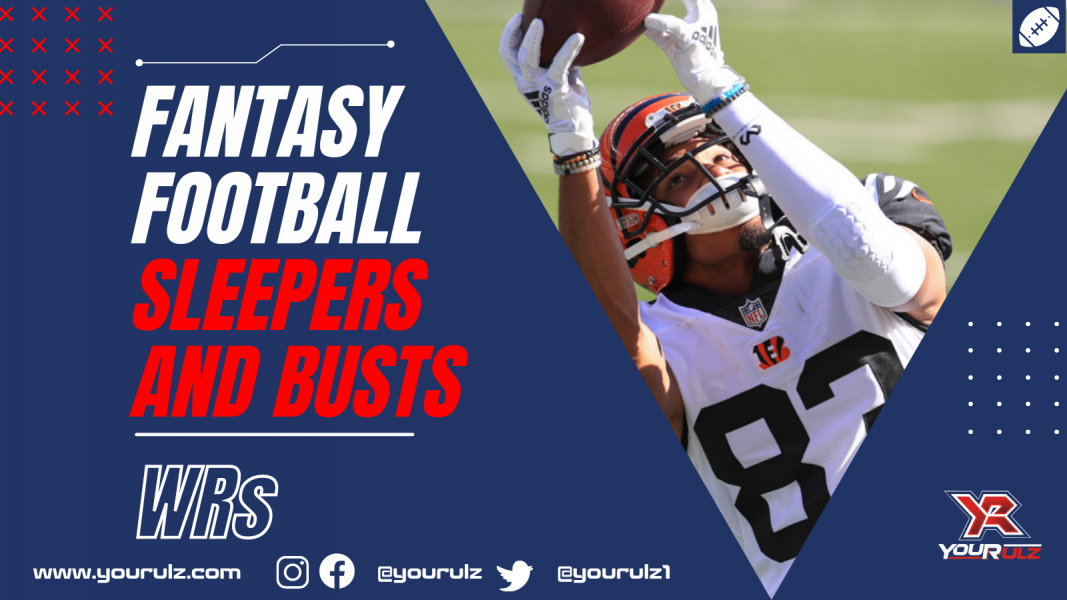 CINCINNATI, OH - NOVEMBER 01: Cincinnati Bengals wide receiver Tyler Boyd (83) warms up before the game against the Tennessee Titans and the Cincinnati Bengals on November 1, 2020, at Paul Brown Stadium in Cincinnati, OH. (Photo by Ian Johnson/Icon Sportswire)

Tyler Boyd, Bengals:  When Cincinnati drafted Ja’Marr Chase early in the 2021 draft, Boyd suddenly became a forgotten man.  Currently being drafted as a WR37, he was targeted 110 times last season even without Joe Burrow for a huge chunk of the year.  Boyd had 1,000-yard seasons in both 2018 and 2019 with terrible quarterbacking, so he isn’t suddenly going to disappear in the box score.  In addition, there are a lot of indications that Chase may not be ready for the big time, leaving Boyd in the slot to rack up plenty of catches and yards yet again.  Expect Joe Burrow to make Boyd his safety valve all season long.

Emmanuel Sanders, Bills:  The Bills dumped WR John Brown for salary cap reasons, and immediately signed Sanders to take his place.  GM Brandon Beane had reportedly long been enamored with the receiver, and Josh Allen spent all summer building up a rapport with him.  With Allen continuing to step up his game, Sanders could end up with a lot more catches than people are expecting.  He’s a great pick deep into your draft (WR69), especially in PPR leagues.

Mecole Hardman, Chiefs:  When depth charts were released, many people were astonished that Hardman is now listed at WR #2 on one of the most explosive offenses in the league.  Entering his 3rd season, it’s a ripe time for the speedy WR to enter the next level of his game.  Hardman will benefit greatly from the defensive attention that Tyreek Hill and Travis Kelce will get, so he may find himself all alone a lot this season, and Patrick Mahomes is more than capable of getting him the ball anywhere on the field.  He’s the kind of player that could have a 3-TD game at any time, making him a steal at his current ADP (WR52).

Julio Jones, Titans:  It was pretty much a certainty that Jones was going to end up on a new team in 2021, but it was pretty disappointing it ended up being the Titans.  He’s 32 years old, will be overshadowed by fellow youngster A.J. Brown, and is already having leg injuries before the season even starts.  Ryan Tannehill’s weak arm also doesn’t fit well with Jones’ deep-ball strengths.  With an ADP as a WR14, let someone else take the gamble on him.  It would be a big surprise if Jones makes it through the entire season.

Michael Thomas, Saints:  Thomas has three large things working against him in 2021:  He’s disgruntled, he’s hurt, and he no longer has Drew Brees throwing him footballs.  The Saints don’t even know who their starting QB is going to be yet; the unknowns in New Orleans keep piling up.   Thomas went from perhaps the best WR in the NFL two years ago to someone you should be avoiding completely in the first half of the draft.  There are plenty of questions about whether Thomas even wants to be there – the drama could boil over at any time.  Let it boil over on someone else’s fantasy team.

Kenny Golladay, Giants:  Golladay left Detroit to cash in with New York, and it just seems like a lousy fit.  Perhaps the biggest part of the reluctance in drafting Golladay is his starting QB; Daniel Jones is 37th out of 41 qualifiers in passing EPA per dropback since entering the league.  If Jones flops (and it seems exceedingly likely), Golladay will be in a black hole all season.  In addition, he missed most of the season last year with a hip injury and is already missing time with a hamstring injury prior to the start of the season.  It’s reasonable at this point to question his durability, especially with that fat contract potentially zapping his motivation.