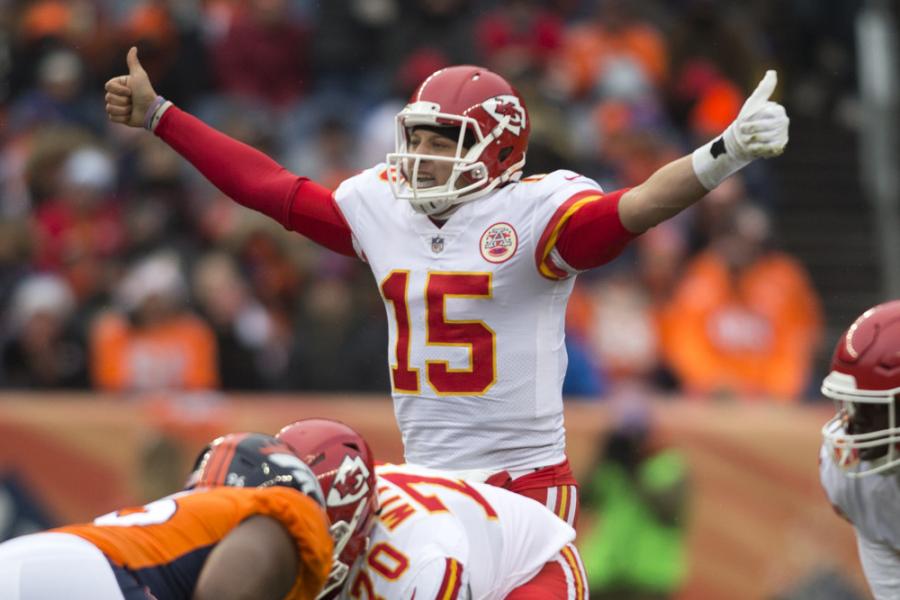 D’Onta Foreman, RB, Texans:  Lamar Miller has been an overpaid bust for the Texans, leading to speculation he may even end up a cap casualty.  That leaves Foreman, who is coming off an Achilles injury but is expected to be ready for 2018.  Foreman is a bruiser that could find a lot of room to run in a DeShaun Watson-led offense, and Houston thinks enough of him that they didn’t even bother drafting a RB.

Royce Freeman, RB, Broncos:  A 5,000+ yard college workhorse that has proven he can carry the load, Freeman was nabbed in the 3rd round to help fix a sputtering run game.  John Elway has already referred to Freeman as a “bell-cow” and a “thumper”, something that has been missing in Denver.  While he’ll likely be pulled in passing situations, the Broncos are primarily a running team that could get him a whole gaggle of goal-line looks.

Kenny Golladay, WR, Lions:  Golladay started off his rookie year scoring 2 TD’s, then ended up missing a good chunk of the season with a hamstring injury before going off again in Week 17.  He’s a tall, fast wideout who managed 6 catches over 30 yards even in abbreviated action.  Golladay is expected to make large strides in his second season and could ultimately end up being the red zone target Matt Stafford has been looking for since Calvin Johnson retired.

George Kittle, TE, 49ers:  No one likes to pass more than Kyle Shanahan, and Jimmy Garoppolo should be a lot more comfortable in his second season.  In Garoppolo’s five starts last season, Kittle was a Top 10 TE, including a 100-yard game to end the year.  His athleticism allows him to run longer routes for large chunks of yardage, and he’s a consistent red zone target, finishing 6th among all TE’s in receptions inside the 20.  If you don’t want to spend a high pick on a top TE, a hidden gem like Kittle can save the day in the later rounds.

Patrick Mahomes, QB, Chiefs:  Andy Reid is changing things up dramatically in 2018, threatening to release a vertical offense that he isn’t really known for.  Mahomes is a gunslinger that was so impressive as a rookie that the Chiefs shipped off Alex Smith without a second thought.  In addition to the electrifying Tyreek Hill, Kansas City signed Sammy Watkins to take the lid off the defense on the other side of the field.  Add in Kareem Hunt and Travis Kelce, this is an offense capable of scoring a lot of points very quickly, and Mahomes is going to be at the center of the beast.

Trey Burton, TE, Bears:  With additional weapons added through free agency, Bears QB Mitch Trubisky is expected to take a big step forward this season.  New head coach Matt Nagy managed some special offenses as OC of the Chiefs, and now he brings his talents to a team that has struggled to move the ball for years.  A big part of this new offense is going to be Trey Burton, who is expected to fill the “Travis Kelce” role, a hybrid WR/TE spot that is certain to see a lot of targets, especially from a young QB finding his way in a new system.

Drew Brees, Saints:  While Brees had his usual 4,000+ yards last season, he managed just 23 TD passes - 11th in the NFL.  The Saints philosophy has changed, relying more on defense and a powerful running game.  Brees is also 39 years old; a decline could start at any time.  While I don’t expect him to stink up the joint, he’s going as the 5th QB taken in drafts when statistically he’s likely to end up closer to 10th (or worse).  Let someone else overdraft him.

Marshawn Lynch, RB, Raiders:  Lynch took a pay cut to stay on, which shows how much faith the new coaching staff has in him.  While he managed a respectable 4.3 yards per carry and 7 TD’s last season, he’s 32 years old with sky-high mileage on his body.  At best, he’s likely to be in a committee situation where he can vulture a few touchdowns.  More likely, his attitude problems and declining skills will keep him on the bench.

Brandin Cooks, WR, Rams:  Cooks is a talented receiver, but you can’t help but wonder if he’s going to disappear in this offense the way Sammy Watkins did.  He’s coming off a disappointing year in which he barely managed 1,000 yards with 7 TD’s, and that was with Tom Brady at QB and Julian Edelman missing the entire season.  Cooks now has to share the load with Robert Woods and Cooper Kupp, and I fear he’s going to be lucky to match even those mediocre numbers.

Andrew Luck, QB, Colts:  As of this writing, Andrew Luck had not thrown a football in an unbelievable 17 months.  In early drafts, he is being selected just outside the top 10 quarterbacks, over the likes of Ben Roethlisberger, Matt Stafford, Philip Rivers and others - a decision that borders on lunacy.  Colts management was fooling themselves last season, and it’s looking like a repeat of the same maddening scenario.  Taking Luck at the end of drafts presents little risk, but those selecting him in the middle rounds expecting him to suddenly return to elite company may need to seek professional help.  Run away!

Alex Smith, QB, Redskins:  I’m one of the few people that think Kirk Cousin’s replacement is going to have a better fantasy year than he is, but it simply comes down to opportunities.  The Redskins have a horrific defense that is going to force Smith into passing situations consistently, and he’s an underrated passer that can pick apart defenses with the best of them.  Grab him late in drafts and laugh at the poor sap who took Cousins 5 rounds earlier.

Mark Ingram, RB, Saints:  While his major drop in drafts is due to his 4-game suspension, Ingram was a Top-6 RB in both standard and PPR leagues last season.    Hence, his current standing as the 23rd runner taken is ridiculous.  There’s no reason to think he won’t be rejuvenated and ready to roll in Week 5; he’s an absolute steal in the middle rounds.

Jerrick McKinnon, 49ers:  McKinnon is in a tremendous position.  He’s a 3-down back that is going to be force-fed more passes than he’s ever experienced, often in catch-up mode.  The 49ers will have to score a lot of points to win, and McKinnon’s touches could end up off the charts.  He’s going too low in drafts.