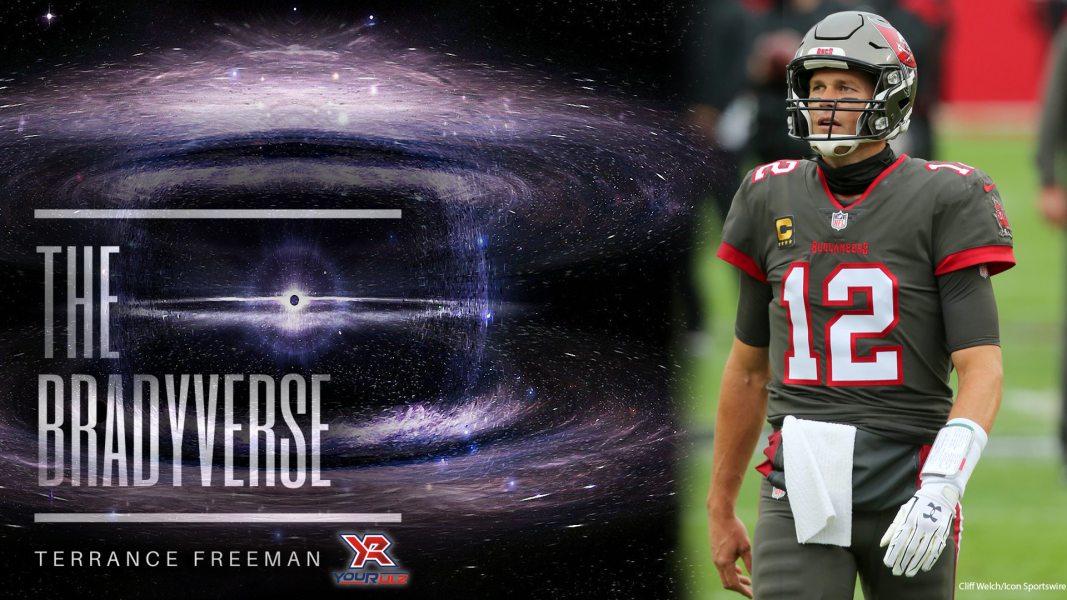 TAMPA, FL - JANUARY 03: Tom Brady (12) of the Bucs look up into the stands before the regular season game between the Atlanta Falcons and the Tampa Bay Buccaneers on January 03, 2021 at Raymond James Stadium in Tampa, Florida. (Photo by Cliff Welch/Icon Sportswire)

This has been the week that we've celebrated all things Tom Brady, from his humble beginnings at the University of Michigan, to his being taken in the 18th round of the 1995 MLB Draft by the Montreal Expos. And, of course, his latest accomplishment: leaving New England and everything associated with Bill Belichick for a fresh start in the greener pastures of Tampa Bay in pursuit of his (now captured) 7th Super Bowl ring – at the ripe middle age of 43. Amazing!

Thanks to Tom Brady, I’m now convinced that it’s work ethic that primarily wins you championships and brings glory. Tampa Bay played like garbage over the last few seasons and now look at them – Super Bowl Champions. Brady didn't just bring his family, Rob Gronkowski, and a cult following with him to Tampa - he brought with him a winning culture.

Take Antonio Brown and his unlikely friendship with Tom Brady. Brady and Brown became brief teammates in New England during what was a highly-publicized downward career spiral for the former Steelers receiver. Brown was in between playing football and launching a now-defunct rap music career. Brady still found the time to form a friendship with Brown and make the betterment and retribution of his career a pet project. This spoke levels about Brady to me, his willingness to share his work ethic with whoever he deems worthy.

Super Bowl LV also spoke volumes of how highly Brady thinks of Brown, as it has now become known that he did in fact run the wrong route near the goal line as professed by Tampa quarterbacks coach Clyde Christensen. An unfazed Brady, who was apparently communicating with Brown telepathically, fired a lightning-tight touchdown pass right into his chest regardless of the error. After all the time they’ve spent together, Antonio Brown has crossed over into another dimension I call it the “Bradyverse”.

It’s all part of another specialty Tom Brady brought with him to Tampa: Turning lemons into lemonade.