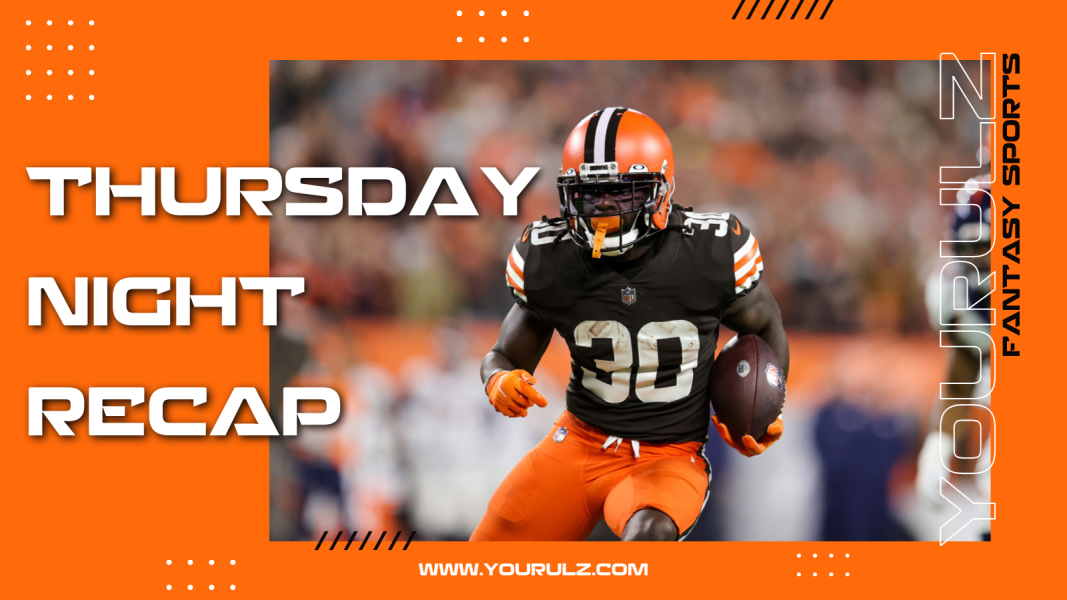 CLEVELAND, OH - OCTOBER 21: Cleveland Browns running back D'Ernest Johnson (30) carries the football during the first quarter of the National Football League game between the Denver Broncos and Cleveland Browns on October 21, 2021, at FirstEnergy Stadium in Cleveland, OH. (Photo by Frank Jansky/Icon Sportswire)

This game had everything from illegal formation penalties to blocked 41-yard FG attempts.  At the end of the day, the Browns backups stepped up and conquered with a 17-14 victory over the Broncos.

Thanks to superb play from backups Case Keenum and D'Ernest Johnson III (who filled in for injured starters Baker Mayfield and Nick Chubb, respectively), the Browns snapped their two-game losing streak.

Keenum, making his first start since 2019, completed 21 of 33 passes for 199 yards and a touchdown.  In his first NFL start, RB D'Ernest Johnson finished the Browns' 75-yard opening drive with a 4-yard rushing touchdown.  He recorded 168 total yards (146 rushing) and a touchdown.  Fullback Johnny Stanton IV caught a scoring pass from Keenum in the third quarter for his first career receiving touchdown.

After picking up just two first downs in the first 30 minutes, Broncos QB Teddy Bridgewater gained momentum in the second half.  Bridgewater hit Melvin Gordon III with an 8-yard touchdown pass in the third quarter to get the Broncos on the board, and then found RB Javonte Williams on a 10-yard touchdown completion in the fourth quarter to keep Denver alive.  Excluding his 2 sacks, Bridgewater looked pretty fair on the evening with 23 completions on 33 pass attempts for 187 yards and two touchdowns.

Unfortunately  the Browns rushing prowess allowed them to keep the ball for the last 5:17 of the game to clinch the win.

Both squads were hit with injuries, as Broncos LB Von Miller left the game late the second quarter with an ankle injury and Browns WR Jarvis Landry limped off the field in the fourth quarter with what appeared to be a leg injury.

Denver (3-4) hosts Washington in Week 8. Cleveland (4-3) has a home game against division rival Pittsburgh next week.