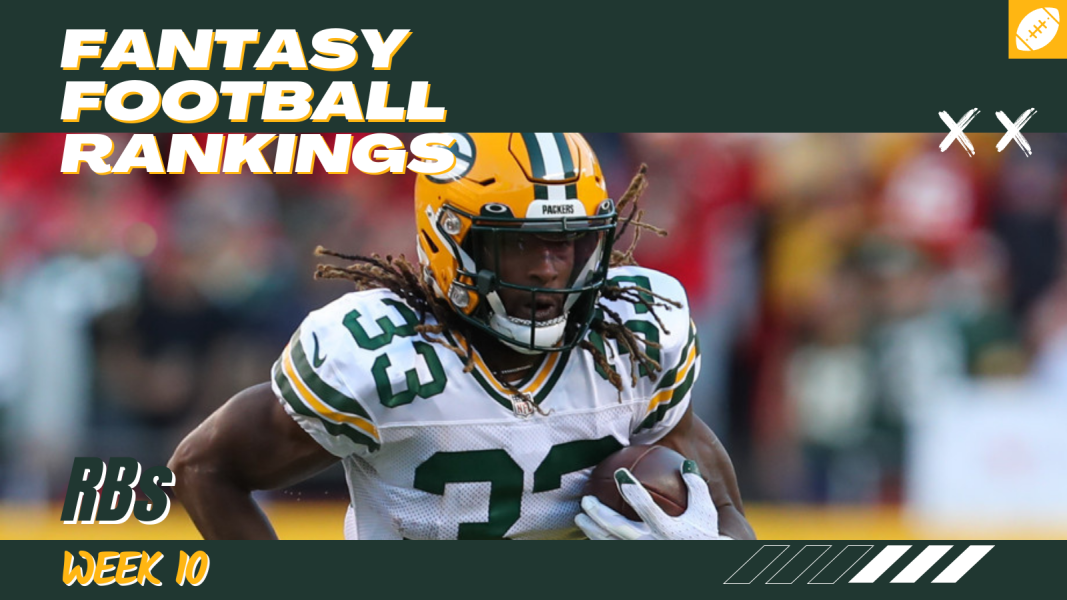 KANSAS CITY, MO - NOVEMBER 07: Green Bay Packers running back Aaron Jones (33) during a run in the first quarter of an NFL game between the Green Bay Packers and Kansas City Chiefs on Nov 7, 2021 at GEHA Field at Arrowhead Stadium in Kansas City, MO. (Photo by Scott Winters/Icon Sportswire)

Jacksonville is actually a pass funnel defense, but Jonathan Taylor’s efficiency has been the best in the league, and the Colts would like to run and maintain maximum Carson Wentz efficiency. There will be plenty of scoring attempts, and Taylor is near the top of the league in those chances, with a massive 18 carries inside the five-yard line this season.

James Conner should take over full-time running back duties in Arizona, who is fourth in the league in rush play percentage. Conner has already logged nine carries inside the five-yard line and 26 inside the 20, good for sixth in the league despite sharing a backfield with Kyler Murray and Chase Edmonds for this season.

Cleveland’s Nick Chubb will miss a juicy matchup against the New England Patriots this week, and unless Kareem Hunt is able to make it back, D’Ernest Johnson will have this prime matchup all to himself.

Dalvin Cook has only two touchdowns this season, despite a rushing profile that would predict more for him by this point. The Los Angeles Chargers has the worst running defense this season and Minnesota, despite their pass weapons, will look to ride Cook to control the game.

The Los Angeles Rams have a top-notch pass rush and pass defense, but are more average against the run, meaning that we should see the San Francisco 49ers try to use Elijah Mitchell to keep the Rams lethal passing attack off the field for as long as possible.

Should Zack Moss miss this week’s matchup against the New York Jets, it will be Devin Singletary to take over both halves of the rushing attack against a Jets defense that is 31st in the league against the run.

Washington is going to be playing catchup against the Tampa Bay Buccaneers this week, and JD McKissic will be a major part of any passing that Washington does there and is a major start in PPR leagues.

The Packers would like to get Aaron Jones and their running game back on track against the 21st rank run defense vs. Seattle.  Aaron Rodgers’ likely return should be the ticket for doing just that.