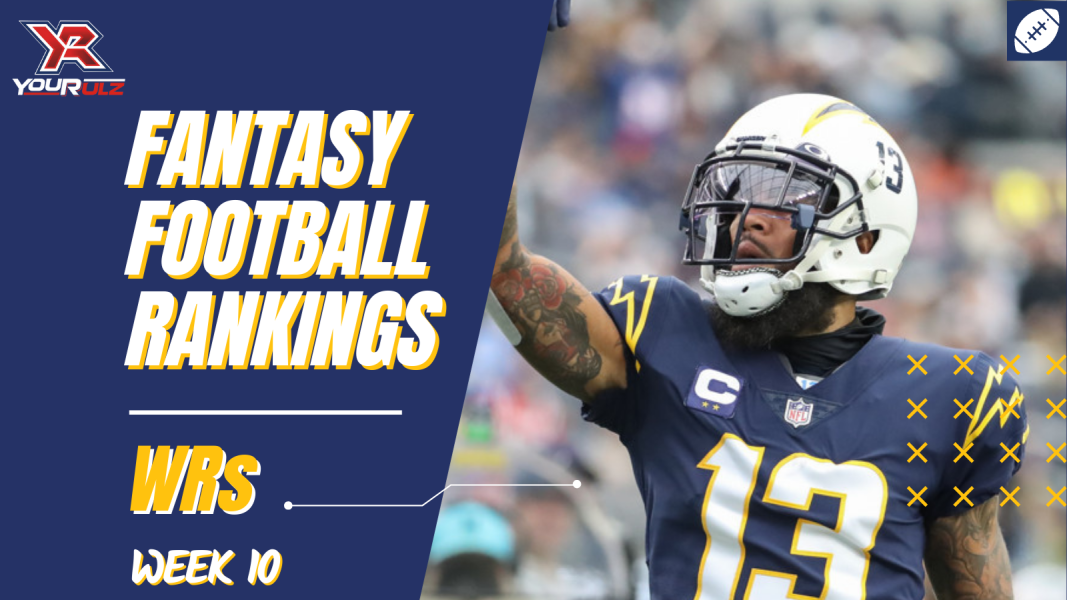 Tampa Bay has the Washington pass-friendly defensive unit and should still be without pass catchers Antonio Brown and Rob Gronkowski, funneling most of the work to Chris Godwin and Mike Evans this week.

Marquise Brown has 682 receiving yards this season already, good for sixth in the league, even though he has had a bye week already (he is third among 8-week receivers). The Ravens do not have a defense that will allow them to rest, so Lamar Jackson will need to keep firing and maintaining Brown’s breakout pace.

The San Francisco 49ers are a pass funnel defense, ranking 25th against the pass versus 6th against the run. Matthew Stafford should find this quite nice and Cooper Kupp and Robert Woods should once again find a lot of volume.

The Vikings/Chargers game have some great receivers, but both teams have great running backs against defenses that are softer against the run, lowering the ceiling of these guys.  They are still starts, unless you have a stacked wide receiving corps that can be dropped in for one of them instead.  Keenan Allen is coming off a 12-catch game and could finally be looking at a solid stretch run.

On the other side of the Tampa Bay/Washington tilt is Terry McLaurin, who should see elevated target volume as Washington will need to be throwing to keep up with the Brady-led Bucs and because Tampa is a very strong run defense anyway.

Teams are defending the deep passing Kansas City Chiefs and Buffalo Bills differently, employing a 2-high safety shell defense, designed to take away the explosive plays that those teams have used to hammer opponents. What this means is that the ceiling of Tyreek Hill and Stefon Diggs has come down. With the Bills having Emmanuel Sanders and Cole Beasley, they have simply shifted target volume over to them more. The Chiefs, however, have adjusted by using Hill more underneath.

Philadelphia also uses a Cover 2-type scheme to keep passing volume in front of them, meaning that Jerry Jeudy becomes a more interesting target in this matchup than his other more downfield brethren.

Russell Gage emerged as a top target for Matt Ryan in the absence of Calvin Ridley, but gets a difficult matchup this week against Dallas, who is ranked 7th against the pass this season.