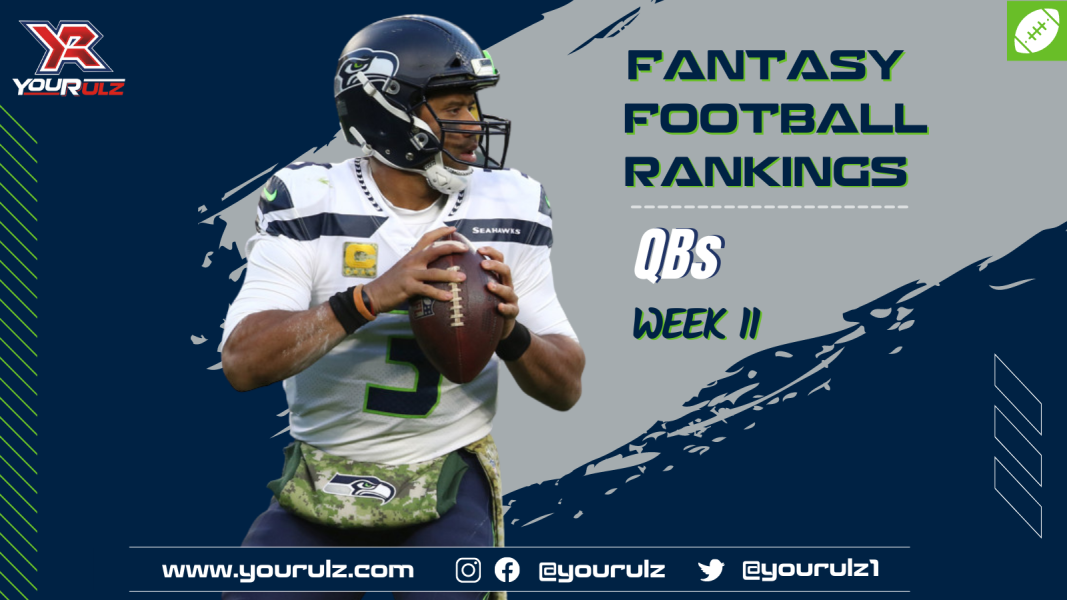 GREEN BAY, WI - NOVEMBER 14: Seattle Seahawks quarterback Russell Wilson (3) drops back to pass during a game between the Green Bay Packers and the Seattle Seahawks at Lambeau Field on November 14, 2021 in Green Bay, WI. (Photo by Larry Radloff/Icon Sportswire)

Josh Allen takes on the Colts, who have the 2nd best run defense in the league, but the 23rd best pass defense. The Bills, in a great marriage of strength against weakness, love to pass, with the fourth highest passing play rate percentage in the league.

The Dallas Cowboys have been 5th best in the passing game this season, even if they’ve varied on how often they do it, ranking only 23rd in passing play percentage for the year. However, that number jumps to sixth in the league when Dallas is on the road, as they are this week in Kansas City, who are 27th in the league is pass defense. Dak Prescott and his pass catchers are also slight underdogs against the Chiefs, giving a game theory avenue for these trends to continue.

Cam Newton, welcome back! Doesn’t get much better than coming back to Carolina as Christian McCaffrey gets back in the lineup and then you get to play your second game back against Washington, who is still the 29th ranked pass defense and the 6th best run defense.

Kyler Murray may return Sunday in Seattle and, if he does, he will be facing a Seahawks defense that is ranked 25th against the pass and 11th against the run. I am ranking Murray on passing along, as his sore ankle will likely not be tested extensively by running, but there should be ample opportunity to pass the ball here. If McCoy starts for Arizona instead, his ranking would be 25th here.

Jimmy Garoppolo is interesting this week and is a borderline QB2 in 10 team leagues. The 49ers are a top 10 rushing play percentage team on the year, and are 7th in the league in rushing offense. However, they are also very efficient passing the ball, ranking 5th in that department and they play the Jacksonville Jaguars, who have shown to be pesky against the run, ranking seventh in that category, defensively, but are 31st against the pass. Even with game theory working against the 49ers passing a lot, being six point favorites this week in Jacksonville, there could be some concentrated passing goodness from Jimmy G.

When you think Miami Dolphins, you don’t necessarily conjure up a voluminous passing game, however the Dolphins are 2nd in the league in passing play percentage, and 8th even over the last three weeks. They draw the New York Jets, who are bad against both the run and pass, leaving the Dolphins to choose what they are better at, which is passing the ball, and Tua Tagovailoa in position for a good game.

Russel Wilson is in a decent position for a bounce-back game after his dreadful performance last week in Green Bay, in which it appeared he had come back from his hand injury too soon.  He faces an Arizona team that allowed Cam Newton to gouge them on the ground, so making plays with his feet is still in play even if he’s not 100% healthy through the air.