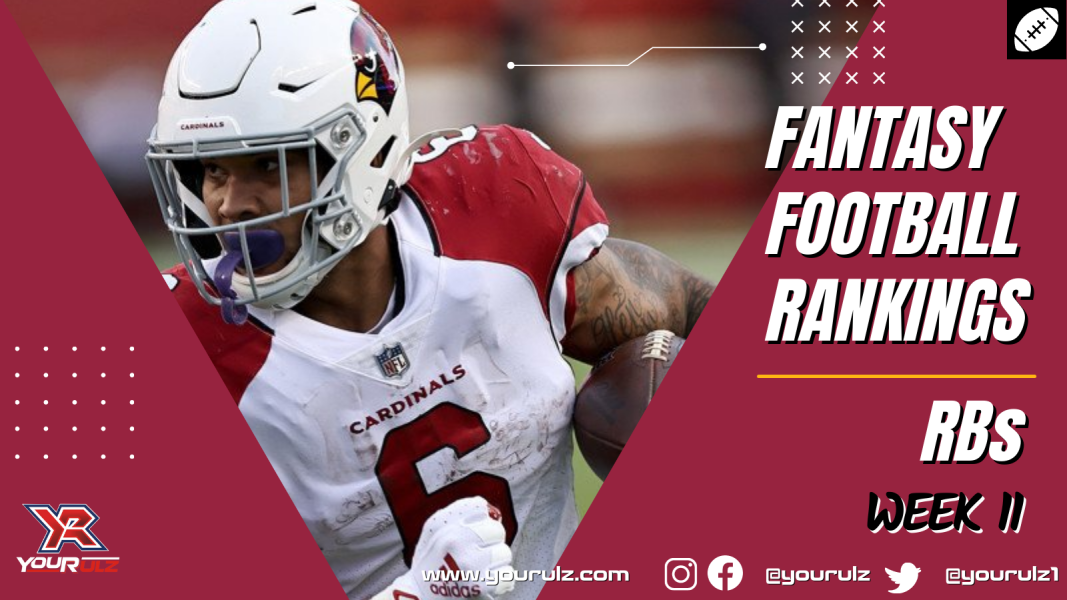 Christian McCaffrey played only 44 of 66 snaps last week, but still managed to get 95 yards on the ground and 10 targets in the passing game. Enjoy the best fantasy running back in the league – at least when he is on the field.

There are quite a few running backs this week coming back from injury and still carrying the questionable tag, but are in great position to succeed if they play:

Nick Chubb returns to the third highest rushing play percentage unit and plays the Lions, who are 29th in the league against the run. Despite his injuries and split time in the backfield, Chubb still has the fifth most carries inside the 20 this season and tied for 10th in carries inside the 10.

Alvin Kamara’s status is a bit more tentative but would go up against an Eagles defense that is below average in both rushing and passing defense. Mark ingram would be ranked 15th if Kamara would miss this week.

David Montgomery has been a top ten efficient running back this season and would face a less than stellar Ravens defense, ranking in the bottom half of the league in both pass and run defense.

Saquon Barkley looks to return in Tampa this week for the Giants and will play a role in the passing game against the Bucs, who are 26th in the league against pass catching backs.

D’Andre Swift is coming off a 33-carry effort and draws the tough Cleveland Browns defense, but the Browns are 24th against pass catching backs, giving Swift an avenue for any sort of game flow usage.

AJ Dillon steps into a heavy workload, taking the full rushing responsibilities for the injured Aaron Jones, for the Packers this week, and plays a Minnesota defense that an even more extreme run funnel defense than the Panthers, ranking sixth against the pass, but 28th against the run.

James Connor has been lighting up the end zone since he became the primary ball carrier in Arizona, and faces a Seattle defense that is in the bottom third of NFL defenses against the run.  If Kyler Murray returns, it will only serve to open up those running lanes even wider.

Finally, Antonio Gibson returned last week for a 2-touchdown game in the upset over Tampa Bay and has ranked fifth in carries inside the five-yard line this season despite missing time with injury throughout the season. This week, Gibson gets a Carolina Panthers defense that is a run-funnel type group, ranking second against the pass, but 19th against the run.