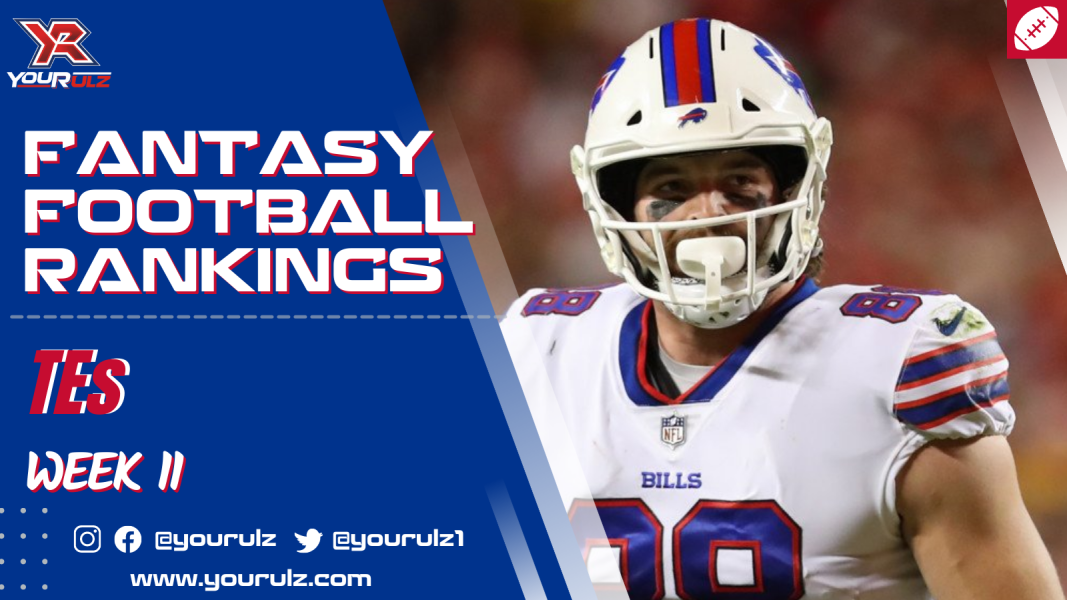 Travis Kelce in a potential shootout against the Dallas Cowboys at home in Kansas City this week is a fantastic differentiator in matchups and why you draft him high. Dallas passes the sixth most in the league when on the road and the game total has soared to over 55 points this week, with the Chiefs the slight favorite.

George Kittle is back on top again and gets a surprisingly interesting passing matchup against a Jacksonville defense that is top ten against the run this year, but 31st against the pass.

Mike Gesicki took a big fat zero last week but was targeted seven times in the game. He gets an easier matchup against the Jets, who are 28th in the league defending the tight end position. Gesicki has the third most targets and fourth most yards among tight ends this season. Don’t sit him because of the Thursday night zero. Play with confidence this week against the Jets.

The Buffalo Bills will have to throw this week if season-long trends continue to hold. The Colts are a pass funnel defense, stuffing the run, and are 27th against the tight end position this season.  Dawson Knox is a strong play as a result.

We are expecting the Pittsburgh Steelers to run the ball against a Los Angeles Chargers defense that is a massive run funnel defense (7th against pass, 32nd against run). However, once inside the five, Pat Freiermuth has four targets and three catches in that situation, leading the NFL among tight ends.

The Cincinnati Bengals face a Raiders team that just got gashed by the Kansas City Chiefs through the air. The Raiders are 29th this season in defending the tight end position, making C.J. Uzomah a nice streaming tight end target for this week.