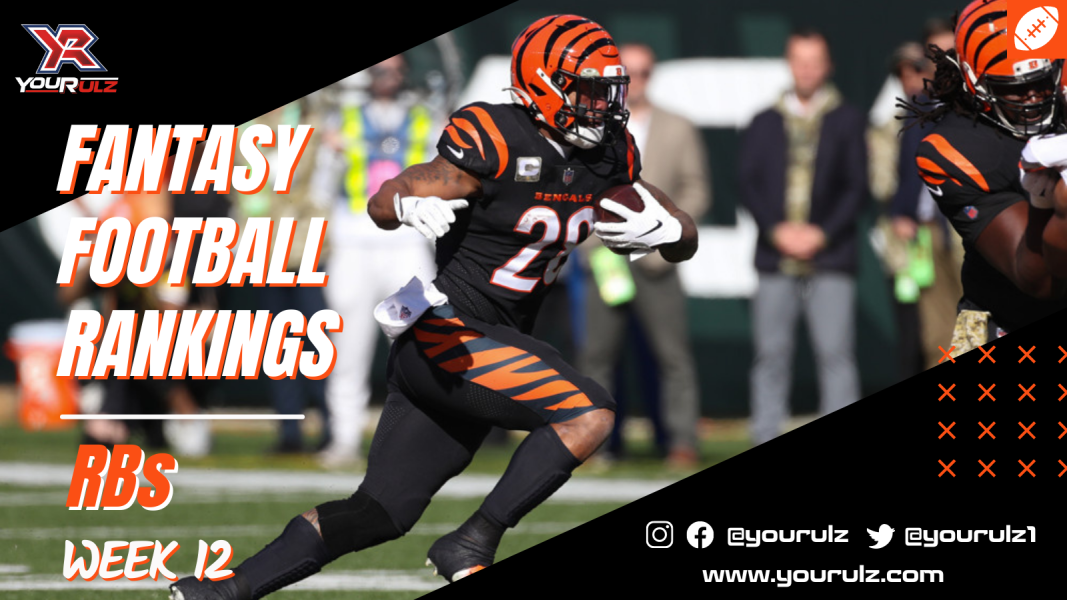 CINCINNATI, OH - NOVEMBER 07: Cincinnati Bengals running back Joe Mixon (28) carries the ball during the game against the Cleveland Browns and the Cincinnati Bengals on November 7, 2021, at Paul Brown Stadium in Cincinnati, OH. (Photo by Ian Johnson/Icon Sportswire)

Both Dalvin Cook and Jonathan Taylor have matchups against top five run defenses this week in the 49ers (Cook) and Tampa Bay (Taylor). You are starting both, obviously, here, but as far as why one would not rank Taylor #1 after his dominance against an excellent Bills defense? That’s why.

Joe Mixon faces a Steelers defense that was just gashed every which way by Austin Ekeler, and he’s scored two TD’s in 3 consecutive games.

The running back that is first in DVOA this season and second in DYAR? No, it’s not Taylor but he has obviously been great (second in DVOA, first in DYAR). It is Jacksonville’s James Robinson! He has been amazing this season when on the field and now takes on a Falcons team that is 24th against the run and 31st in defensive success rate. Woof.

Detroit is ranked 29th against the run, so it should be a Thanksgiving Day feast for David Montgomery, who has returned to his usual workload in Chicago.

The worst run defense in the league this season has been the Los Angeles Chargers, and they are on the road in Denver where Melvin Gordon and Javonte Williams lay in wait to take advantage and make good flex plays.

Miles Sanders finds a New York Giants defense that is 30th against the run and 11th against the pass, forcing a sort of run funnel to their opponents. TD variance can be awful, but Sanders should be in position to score, as long as his QB doesn’t take all the glory.

Keep an eye on who start for the 49ers this week, but San Francisco will likely try to keep the potent Vikings offense off the field and take advantage of a Minnesota defense that is also funneling opposing offenses to the ground, ranking 8th against the pass, but 27th against the run.