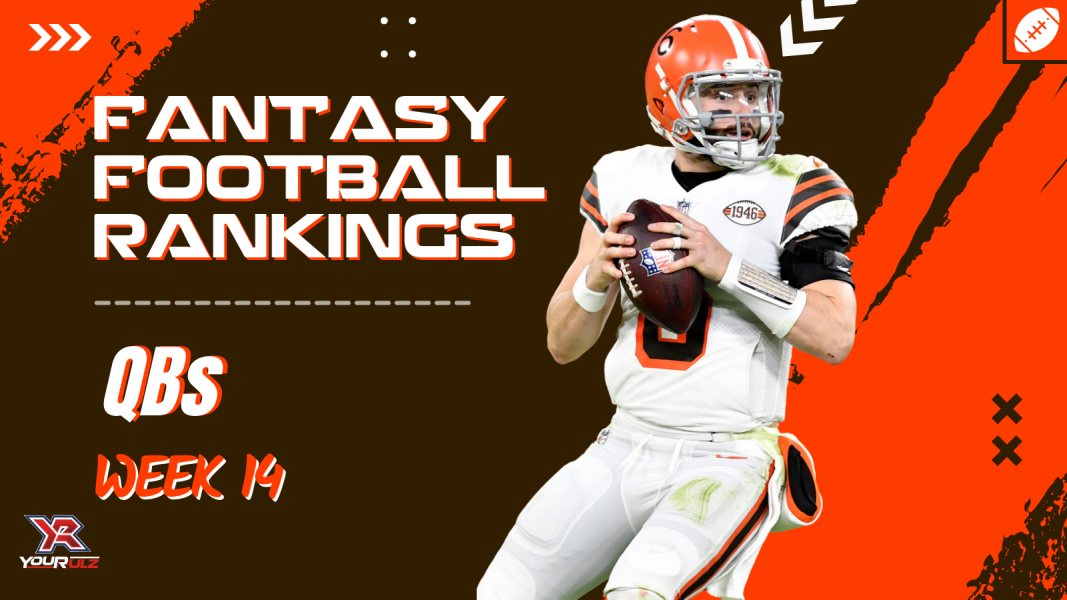 Kyler Murray came back in a big way in Week 12, nearly leading fantasy QBs in scoring. Now, he is at home against a tough Rams defense, but whatever happens for the fast-paced Cardinals, will have to go through Murray.

Patrick Mahomes has had a stifling season but is at home against a porous Raiders pass defense, which is 23rd ranked while being 12th ranked against the run. Do you have to tell Mahomes to pass? I doubt it in this matchup.

Taysom Hill is not a gifted passer but should have plenty of chances to score against the dead last New York Jets pass defense. The Jets are also dead last in points allowed per drive.

The San Francisco 49ers have a 3rd ranked run defense, so the Cincinnati Bengals will likely have to find their way into the end zone through the air, against the 49ers’ 17h ranked pass defense, meaning Joe Burrow may be busy again this week.

Likewise, Baker Mayfield faces a Baltimore Ravens defense that fifth against the run, but 27th against the pass. So, despite the Browns loving to run the ball to win, they may find themselves making Mayfield push 30+ passes this week.

Kirk Cousins often goes overlooked, but with Justin Jefferson as his prime target, he is having another excellent season. This week, the 25th ranked Steelers defense comes into Minneapolis.

Finally, Davis Mills may get the start for Houston this week against a Seahawks team that is 26th against the pass and 10th against the run. Desperation may lead you to stream this week, so if you are looking at the bottom of the free agent pool, at least Mills has a good matchup.