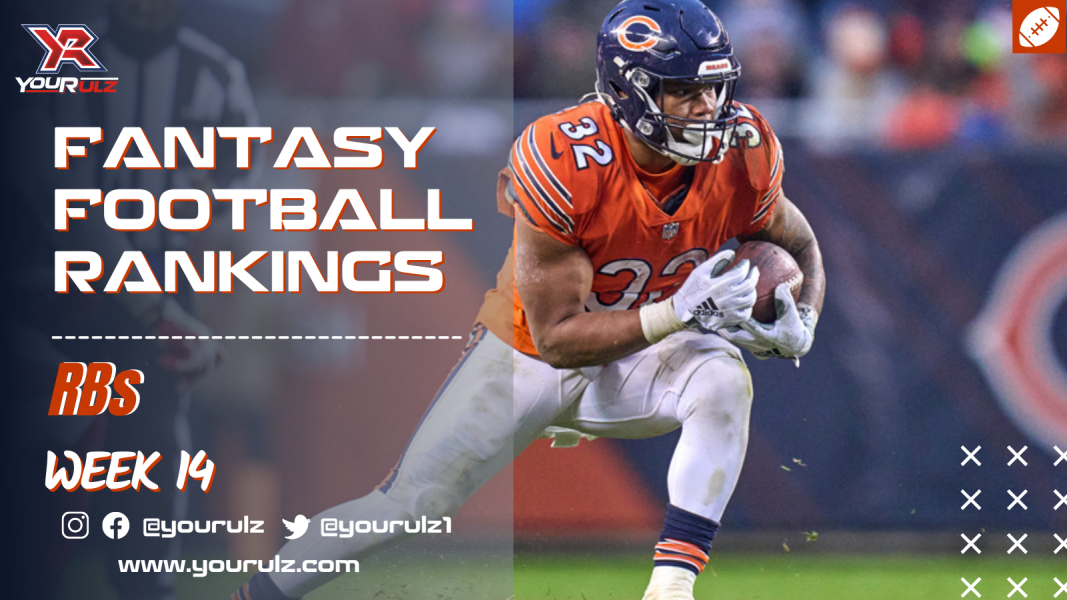 CHICAGO, IL - DECEMBER 05: Chicago Bears running back David Montgomery (32) runs with the football during a game between the Arizona Cardinals and the Chicago Bears on December 5, 2021 at Soldier Stadium, in Chicago, IL. (Photo by Robin Alam/Icon Sportswire)

Austin Ekeler has the role and the matchup this week against the New York Giants, who are a run-funnel defense, ranking 31 against the run and 8th against the pass.

On the other side, it is the same case, where the Chargers are even worse(!) than the Giants in run defense, ranking dead last, but 9th against the pass, meaning Saquan Barkley has a clear path to a strong game.

Najee Harris faces a Minnesota Vikings defense that is ranked 29th against the run and 13th against the pass. With the Steelers likely to want to guard against needing Ben Roethlisberger to throw and wanting to keep the Vikings potent offense off the field, they will likely lean on Harris to do both.

Green Bay is another run-funnel defense, ranking 27th against the run, and 10th against the pass. Like the Steelers, the Chicago Bears want to keep Aaron Rodgers, Aaron Jones, and Devante Adams on the sideline as much as possible, so it will fall to David Montgomery to make it happen.

The Carolina Panthers rank 20th against the run and fifth against the pass, meaning we could be seeing a lot of Cordarrelle Patterson to make plays on the ground in this one.

Javonte Williams has emerged, officially, for the Denver Broncos, averaging 4.8 yards per carry and getting 23 carries against the Chiefs in Week 13. Now, he gets the 23rd ranked run defense of the Detroit Lions in what might be a fantasy breakout game for Williams.

Chuba Hubbard takes over again at RB for the Carolina Panthers and get the 21st ranked run defense of the Atlanta Falcons, at home, making Hubbard a nice streaming flex pick, if needed.