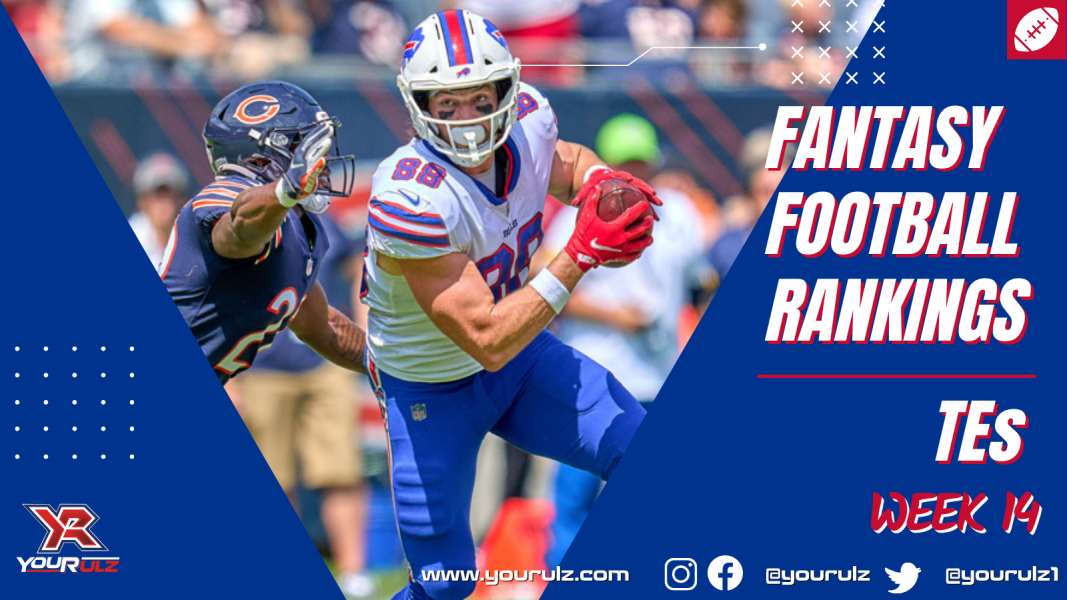 Travis Kelce, despite the relative struggles of the Kansas City defense, is still the top dog in both targets and receptions this season among tight ends. That is unlikely to change at home against the Raiders, who are 30th in defending the tight end this season.

With Deebo Samuel out, George Kittle exploded and has a good matchup this week against the Bengals, especially if Samuel misses again. The Bengals are ranked 24th in pass defense against tight ends.

Gronk smashed in Week 13, and he has a tough matchup against the Bills. However, we know the Bucs will pass, we know Brady loves Gronk, and the BIlls are only 15th in defending the tight end position this season.

Likewise, Tampa Bay is 20th against tight ends this season, meaning the Dawson Knox could pick up some extra action this week, especially in the red zone.

Darren Waller is doubtful for this week, so Foster Moreau should get the call against in a pass heavy environment that sees the Chiefs ranked 21st against opposing tight ends.