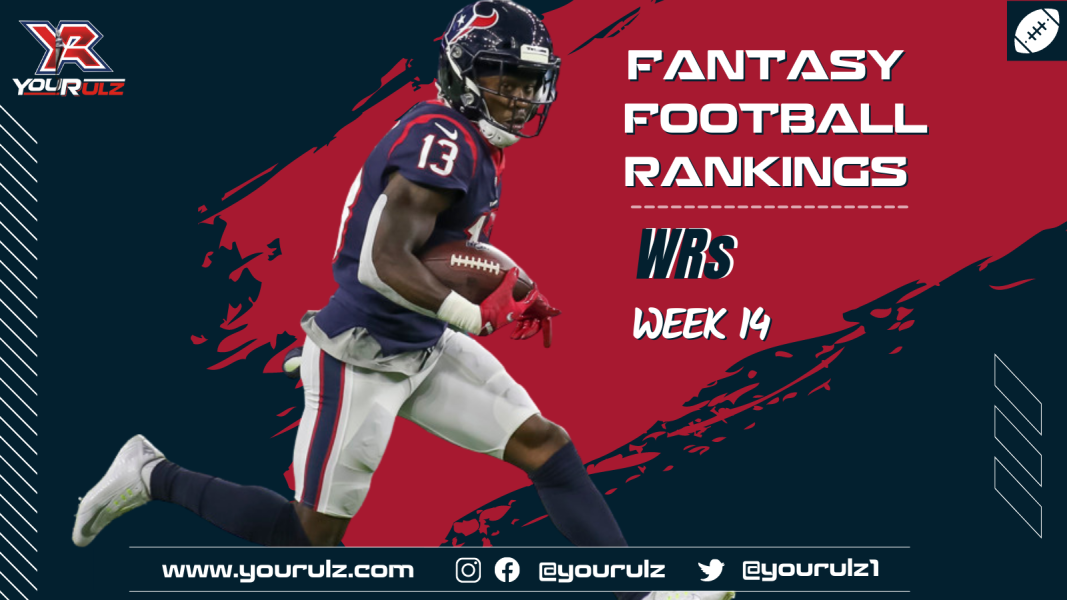 Devante Adams, coming off a bye week, at home, against the 22nd ranked pass defense of the Bears. Even with Tyreek Hill at home in a good matchup, Justin Jefferson currently on fire at home against the Steelers, and Cooper Kupp and his weekly excellence, I like Adams as the top dog at the dish this week.

Washington has the 30th ranked pass defense and the eighth best run defense, so it will lay upon the Dallas Cowboys to throw and CeeDee Lamb is at the top of the food chain there. Amari Cooper is back and a good play as well this week.

With Darren Waller being injured for Las Vegas, and the release of Henry Ruggs, Hunter Renfroe has stepped into the targets with a vengeance, getting 19 targets in the last two weeks. He now faces a 20th ranked Kansas City defense and a game flow that works towards the Raiders needing to pass to keep up.

With Deebo Samuel potentially sidelined for this matchup against the Bengals, Brandon Aiyuk sill have to pick up the slack against the 18th ranked Bengals pass defense.

On the other side, the 49ers are stingy against the run, where they rank 3rd overall, but are only 17th against the pass. This should mean a busier day for Joe Burrow and good game environment for Ja’Marr Chase and Tee Higgins.

Keep an eye on the Chargers, as Keenan Allen may have to miss Week 14 with a positive COVID test. If he is in, both he and Mike Williams are fine starts, even though the Giants are more giving on the ground than through the air. But if Allen misses, Mike Williams would move to 15th in the rankings.

Brandin Cooks is 12th in the league in targets and has the 26th ranked Seattle Seahawks defense against him. His downside is Davis Mills throwing the ball, but worth a flex play for sure due to target volume.