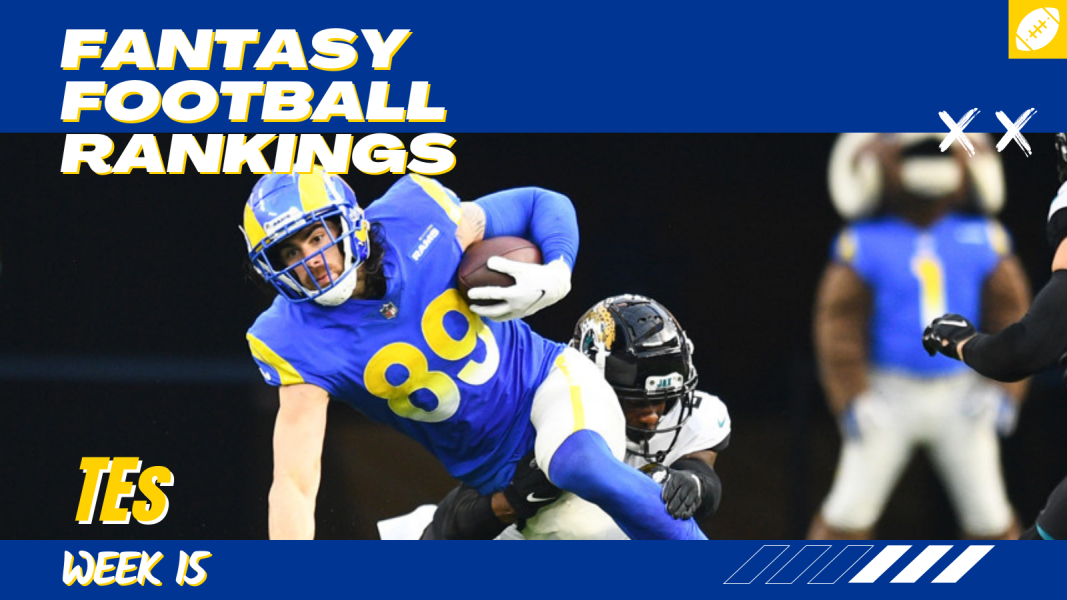 George Kittle has picked up the slack left with the 49ers using Deebo Samuel out of the backfield more, getting 27 targets over the last two weeks. He may have laid claim to the top spot against Travis Kelce, but the Falcons are unlikely to provide the impetus for aggressive offense this week as the Bengals did last week for the 49ers, meaning that Kelce will likely be needed more and more often than Kittle.

If the Ravens will need to throw this week, it is likely that it will be Mark Andrews drawing the most attention, as the Packers rank 23rd against the tight end position this season.

Mike Gesicki gets a Jets defense that is bad overall, and worst against the tight end position. With the Dolphins being largely unable to run the ball this season, it means more work for Gesicki, who had 11 targets in the Dolphins last game against the Giants in Week 13.

The Detroit Lions might have a hard time against Kyler Murray this week, and the Lions are also 24th in defending the tight end, leaving Zach Ertz with a nice bounce back game opportunity after only getting two targets in Week 14.

With Odell Beckham, Jr likely to miss after being placed on the COVID list, Tyler Higbee could see more targets this week in a Rams attack against a poor pass defense in Seattle and weak (21st) against tight ends.