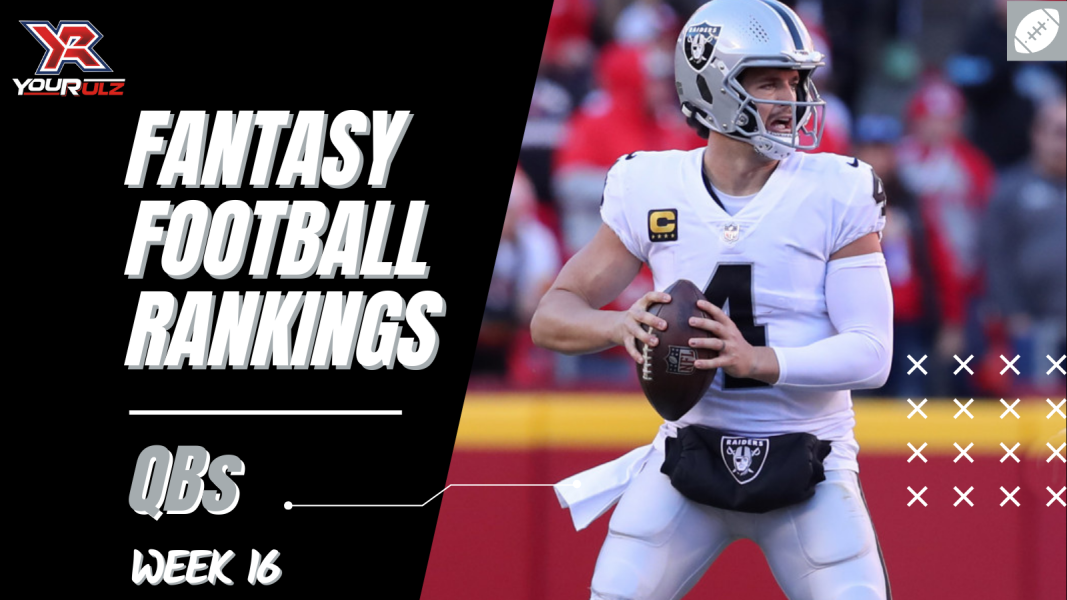 Combine Arizona’s dependance on Kyler Murray and the Indianapolis Colts being much more difficult to run against (4th ranked) than pass against (16th ranked) and you have a good reason for a top game from Kyler.

The same applies to Aaron Rodgers against the Browns, where Cleveland is average against the run (15th) and 23rd against the pass. But also, Aaron Rodgers in a home game in a week where the other game environments could get tricky is a higher floor.

The Baltimore Ravens are yet another team that demonstrates very different rankings against the run (5th) and the pass (28th) and have had injuries and absences in the defensive backfield.  Joe Burrow is more than capable of taking advantage with his talented receiving corps.

On the other side, Derek Carr is the QB13 for the 2021 season and now gets a Broncos defense that is slightly overrated due to their slower pace of play, but is 21st overall.

If Chicago would let Justin Fields throw the ball downfield more, maybe he can take advantage of a Seattle Seahawks defense that is 29th against the pass. Between that matchup and Fields’ speed as a runner, he is worth a stream if you need a QB2 this week.