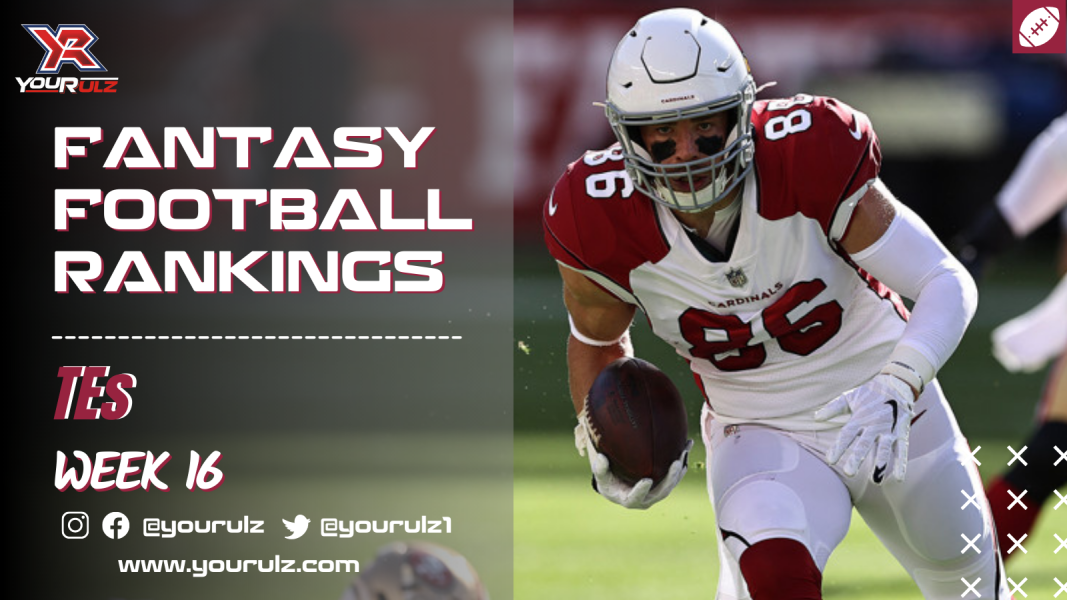 The absence of Travis Kelce this week due to COVID protocols, especially after his big game last week, opens the door for a new #1 this week and that will be George Kittle, who takes on a solid Titans defense that should leave the 49ers depending more on the talented tight end.

With Chris Godwin out (ACL) and Mike Evans likely joining him as out this week, and Tom Brady likely only having Antonio Brown as a solid pass catching option, Rob Gronkowski should see a solid floor of targets this week.

Whether it is Lamar Jackson or Tyler Huntley, it sure doesn’t look like it matters who the Baltimore Ravens use at QB, Mark Andrews is a top tight end option every week. Given the Ravens struggles against the pass, ranking 28th there, and their struggles in the run game due to massive pre-season injuries, it consistently keeps the Ravens in attack mode, meaning more work for Andrews.

We documented how tough it would be for Kyle Pitts to earn his pre-season tight end draft status before the season this year, but he has come darn close to making it worth it this season. Teams have consistently prioritized coverage of Pitts, especially near the goal line, and the attrition at the wide receiver position for the Falcons hasn’t helped free Pitts up. Despite that, Pitts is 26th in targets among all WR/TEs and has 847 yards. He is currently the TE5 this season, which is quite amazing for a rookie tight end. This week, he has a great matchup, at home, against the Detroit Lions, who rank 22nd in defending the tight end this season.

With DeAndre Hopkins hurting, the acquisition of Zach Ertz has been a boon for the Arizona Cardinals. Ertz ranks 11th among tight end in fantasy points for the season, has 18 targets over the last two games, and has a pass funnel matchup this week against the Indianapolis Colts.