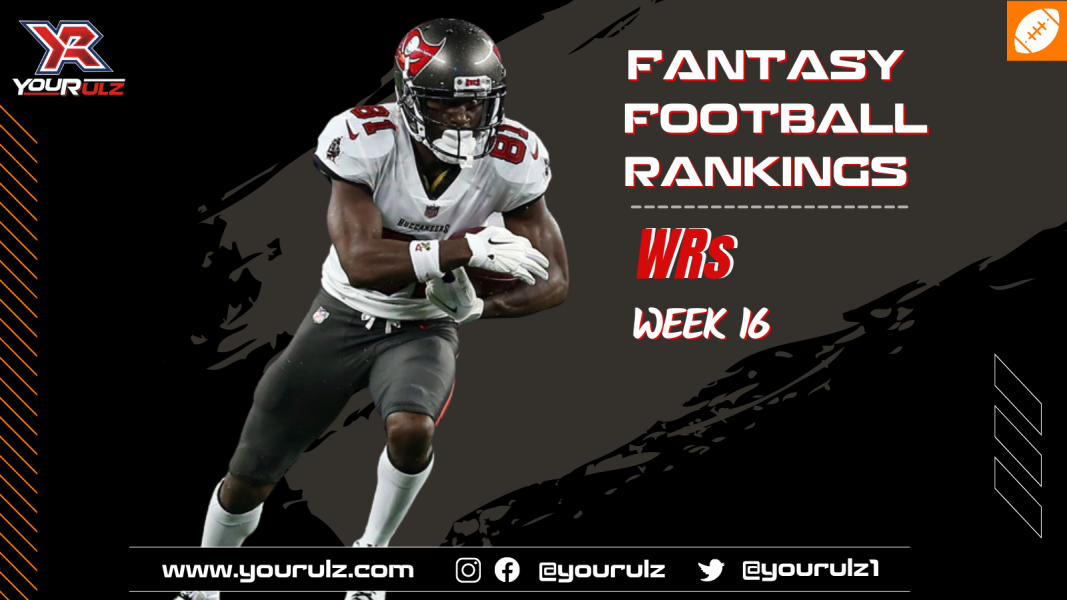 Cooper Kupp is in the midst of one of the greatest all time WR fantasy seasons, scoring 89 PPR points more than second place (Tyreek Hill). I repent of ever having anyone else at the top.

Of course, when Devante Adams is on the field in a great matchup, like he has this week, it sometimes makes sense to have him #1. Adams has a matchup like that this week, as the Packers are at home against a vulnerable Cleveland defense that ranks 23rd against the pass.

It is possible that Tom Brady could be without both Chris Godwin (ACL tear) and Mike Evans this week, meaning that recently re-instated Antonio Brown could see the WR1 workload against Carolina on the road.

You have to love targeting a Washington pass defense that ranks 27th against the pass versus 7th against the run. Both CeeDee Lamb and Amari Cooper look good in this matchup.

Baltimore has a pass-funnel defense as week, ranking 28th against the pass versus 5th against the run, leaving the Bengals more likely to pass and Ja’Marr Chase, Tee Higgins, and Tyler Boyd all good options this week.

Gabriel Davis stepped up last week for the Buffalo Bills but now a tougher test awaits against the tough New England Patriots defense.

Sneaky shootout potential in Minnesota this week with a desperate Vikings team at 7-7 hosts the dynamic passing attack of the Rams. The aforementioned Kupp should be joined by Justin Jefferson as top plays this week, but also the secondary pass catching options like Van Jefferson, Adam Thielen, and Odell Beckham, Jr should also be good options.

Should Justin Fields be allowed to challenge a soft, 29th ranked pass defense of the Seattle Seahawks, his WR1 option is Darnell Mooney. Mooney has quietly moved up into the top 20 in targets for the season, despite the struggles of the Bears offense this season.

Given the injuries and struggles of the Arizona Cardinals’ WR DeAndre Hopkins this season, Christian Kirk has stepped up to be a WR1 like play week to week. With the Indianapolis Colts being stingier against the run than the pass, the Cardinals faster pace of play, and the efficiency of Kyler Murray, it looks to be another good week to start Kirk.