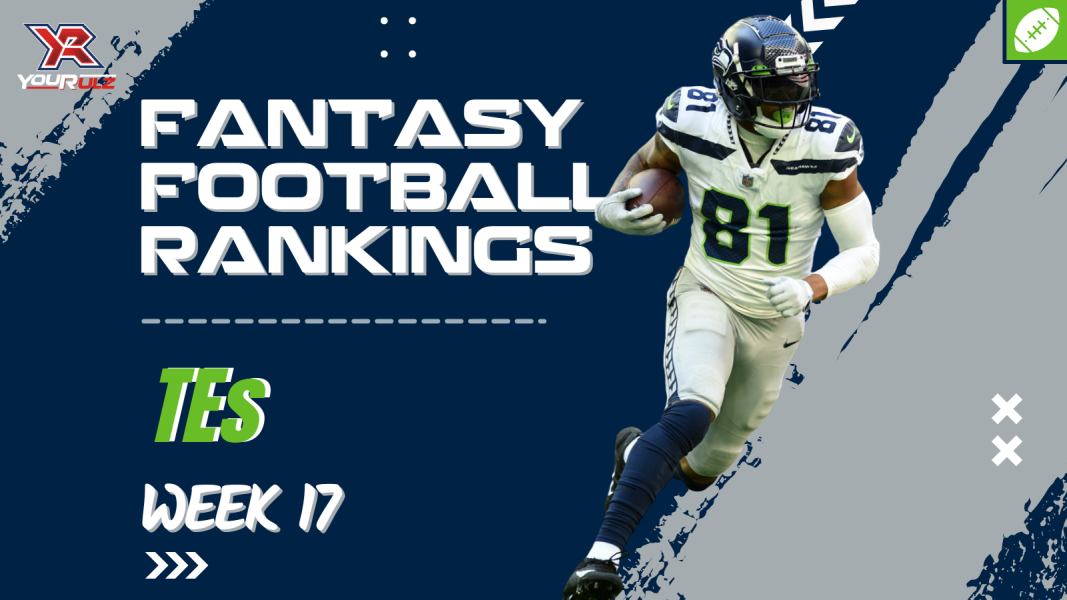 Mark Andrews has become TE1 on the back of a truly huge run with three different starting QBs this season. Since the Week 8 bye week, Andrews has averaged 10 targets per game and amassed 56 catches. His last three weeks he has logged 115, 136, and 125 yards and four touchdowns. He has a tougher matchup this week against the Los Angeles Rams, but the Rams pass rush on Jalen Ramsey on the outside only focuses things on Andrews more.

We will see if the Chiefs use Travis Kelce as sparingly as they did Tyreek Hill in Week 16 upon Kelce’s return this week. The Chiefs have a tougher opponent, the Bengals, on the road, so we are expecting Kelce to be needed here in a pass-funnel defense matchup that should raise the amount of passes and plays overall.

Dawson Knox has put together a solid, breakout season for the Bills and now faces the Atlanta Falcons, in Buffalo. The Falcons rank 22nd against the tight end position this season, and 29th against the pass overall, giving Know a solid ceiling this week.

Jacksonville has been a somewhat pass-funnel defense this season as well, ranking a solid 16th against the run but an abysmal 31st against the pass. Hunter Henry should have chances to score as the Patriots exploit the Jacksonville weak spot.

Gerald Everett has come alive for Seattle recently, putting up back to back 60+ yard games against the Rams and Bears. This week, he faces the Lions, who are 29th in the league against the tight end this season.