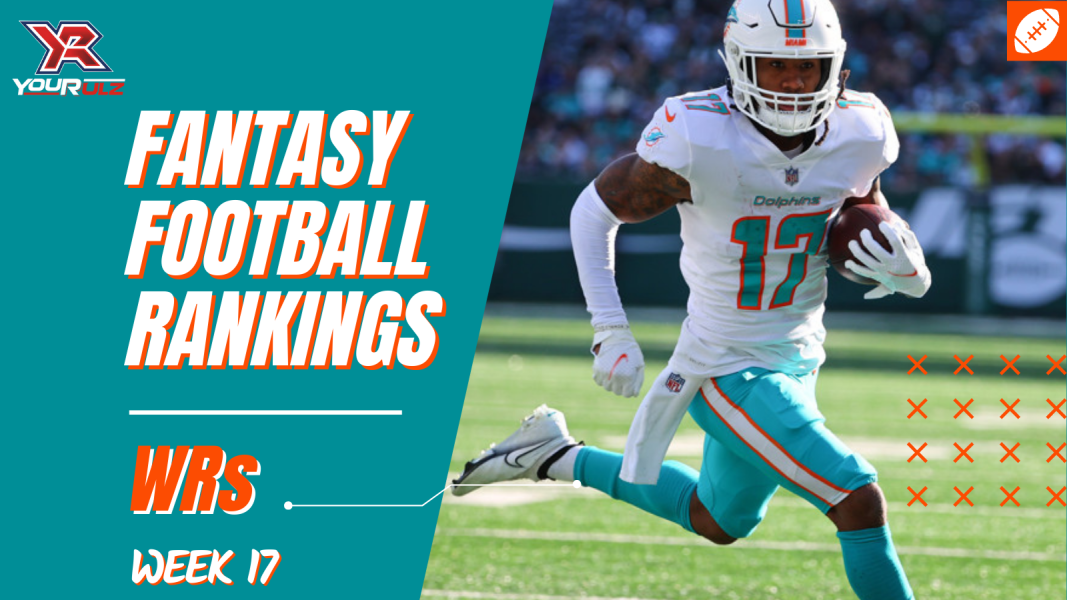 Tyreek Hill has sparsely used in his return Week 16 but will have a greater op against a pass-funnel Bengals defense here in Week 17. The Bengals are ranked 7th against the run but 22nd against the pass, and the general competitiveness of this game, on the road, should mean more high leverage spots for the Chiefs to need to use Hill.

Amon-Ra St. Brown has averaged 11.5 targets a week over the last four weeks and now faces the Seattle Seahawks, who are ninth against the run and 28th against the pass. Looks like another double-digit target week for St. Brown.

Van Jefferson has established himself as a force for the Rams, especially after the season-ending injury to Robert Woods. Every week, Sean McVay dials up multiple plays designed to get Jefferson open deep. Last week, the technically awesome Jefferson got free on at least two touchdown scoring plays that Matthew Stafford just plain whiffed on completing. This week, the matchup is even softer against the Ravens.

Every week we look to see which passing game gets to take on Washington. This week, it’s Philadelphia and Devonta Smith draws the meaty matchup. Though the Eagles lean on the run significantly this season, Washington has been a pass-funnel defense all season, giving Smith an opportunity here to excel.

Jaylen Waddle is four catches shy of 100 despite missing a matchup against the worst pass defense in the league (Jets). He has a tougher matchup this week against the Titans, but the double-digit target machine has yet to be slowed down this season, even by the top defenses, like his 12 target, 10 catch output against the seventh ranked Saints defense in Week 16.