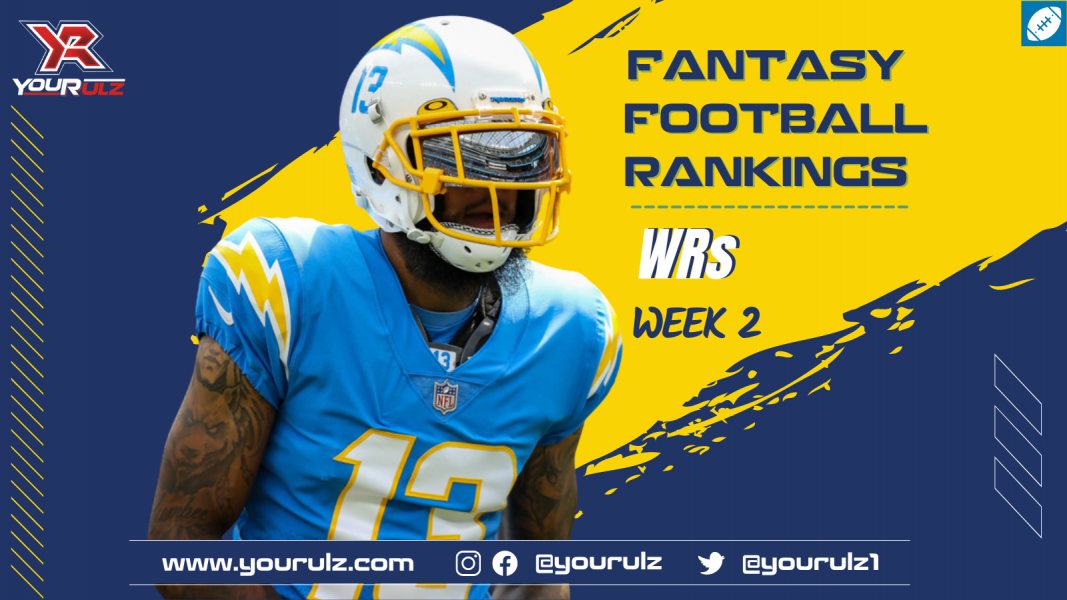 You have probably been burned by him before when he has been in a top spot, but Keenan Allen has the top QB of the week, Justin Herbert, against a depleted Dallas defense and a Dallas offense that will continue to push the Chargers to stay ahead. Allen is a PPR monster in these situations, has a great matchup, and no need to overthink things. He is the top target in the highest total game, and it will be Herbert to Allen that makes that high total happen, if it does.

Evans took a back seat in Week 1, where Antonio Brown and Chris Godwin, as well as Rob Gronkowski, had the advantage in the middle of the field. Against the Falcons, we saw DeVonta Smith exploit the corner for a touchdown and Jalen Hurts have his way. Tom Brady is an equal opportunity passer, and Evans will have an equal opportunity this week.

I believe the game will get out of hand, but in a good way this week for the Green Bay Packers. I love the week for Aaron Jones (see RB rankings), but also believe that Adams’ TD share will pop in this matchup, where he has the top individual matchup among all wide receivers this week.

Not this week: Corey Davis, NYJ at NE

Great week 1 for Davis, who emerged last week as a WR1 for the Jets in Carolina. This week, it is the Patriots, and one of the lowest game totals of the week. The Patriots know that Davis is the biggest threat in the passing game and will make sure it is someone else that beats them.