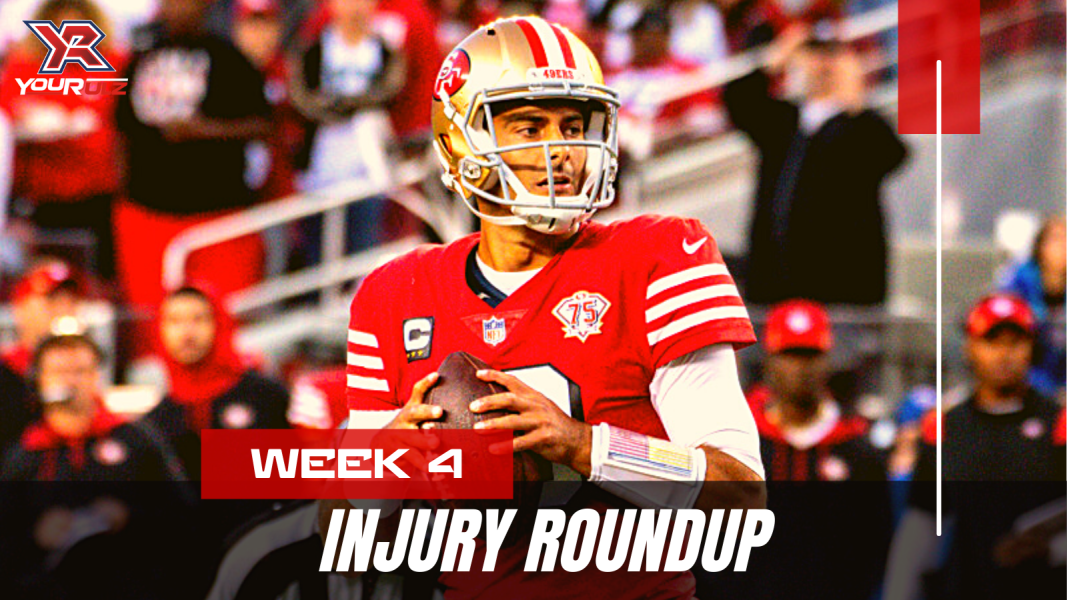 Teddy Bridgewater, Broncos:  Left with a concussion, and the Broncos are playing he can play this week because Drew Locke was an utter disaster in his place.

Jimmy Garoppolo, 49ers:  Left with what looked like a multi-week calf injury, but the 49ers are hoping he will return sooner.  Trey Lance created some fireworks in his place and should be owned in all formats.

David Montgomery, Bears:  Left with a knee injury and is expected to miss four to five weeks.  Damien Williams will serve as the primary RB while Montgomery is out.

Chris Carson, Seahawks:  Carson is not practicing this week due to a neck injury; his status for Thursday night is in doubt.  Alex Collins will fill in if Carson is out.

Joe Mixon, Bengals:  Mixon suffered a sprained ankle, but it’s considered minor and the team is hoping he won’t miss any time.  Samaje Perine is next in line if he does.

Will Fuller, Dolphins:  Left Week 4 with a broken finger and is considered week to week.  Jaylen Waddle should pick up most of the slack with Fuller out.

DJ Chark, Jaguars:  Left with a severe ankle injury and has been placed on IR, putting his entire season in jeopardy.  This should mean more targets for Marvin Jones and Laviska Shenault.

Logan Thomas, WFT:  Left the game after 5 snaps with a hamstring injury and will be week to week.  Ricky Seals-Jones is the only other TE of note on the roster.