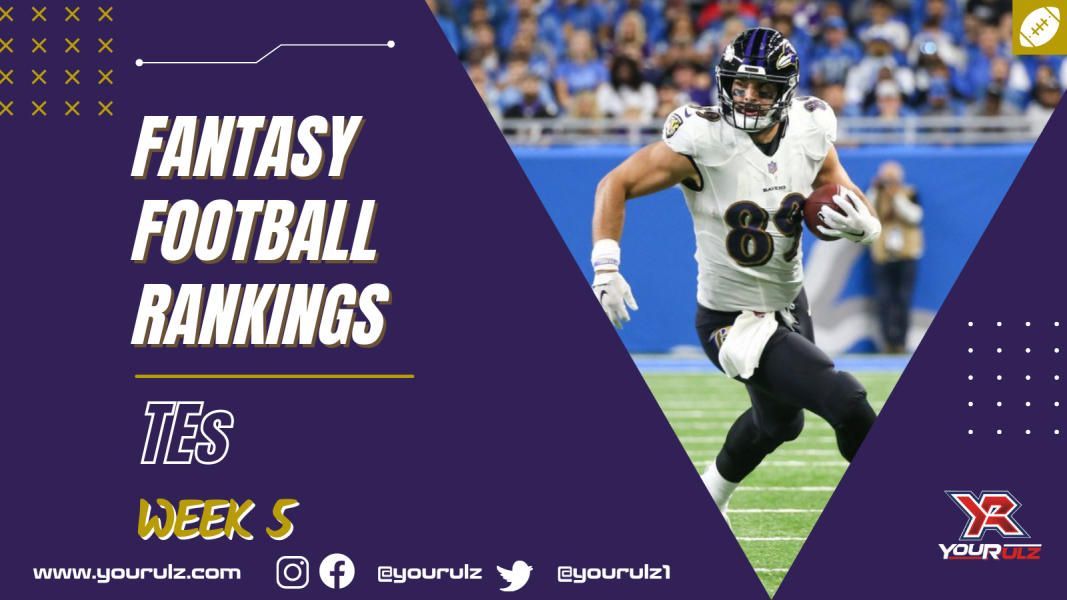 DETROIT, MI - SEPTEMBER 26: Baltimore Ravens tight end Mark Andrews (89) runs with the ball after making a catch during the second quarter of a regular season NFL game between the Baltimore Ravens and the Detroit Lions on September 26, 2021 at Ford Field in Detroit, Michigan. (Photo by Scott W. Grau/Icon Sportswire)

Another week, another Travis Kelce top ranking. Tyreek Hill happened against the Eagles, sucking the air out of the pass catching room, but this matchup against the top ranked Bills means that all hands will need to be on deck and scoring often, bringing Kelce back into the limelight.

With Jimmy Garoppolo likely to play in Week 5, Kittle can be rostered again. If it ever looks like a Trey Lance game at QB, you can knock Kittle’s ranking down as the floor become incredibly low for the rookie.

The Dolphins have passed the fourth most, in terms of play percentages, over the last three weeks, and now face the run-stuffing Buccaneers in a game flow that should see the Dolphins way behind yet again. Gesicki should be targeted often, as he is the fifth highest targeted tight end in the league, coming into Week 5.

We would easily be saying “Leave it to a London game, in relative obscurity, to get Kyle Pitts going”. Teams are wildly overplaying Pitts, leaving Cordarelle Patterson open so often and Patterson put a lot of plays on film that should begin to balance some of the over-coverage off of Pitts, who is still highly targeted but has yet to cash in on that action so far this season.

Noah Fant has and will continue to benefit from the loss of Jerry Jeudy and KJ Hamler. Given the Pittsburgh pass-funnel defense, Fant should be in play no matter who QBs the Broncos this week.

Did you know that Dawson Knox has as many targets as Rob Gronkowski and Tyler Higbee? And that Knox has more than Zach Ertz, Austin Hooper, Hunter Henry, Dallas Goedert, and Robert Tonyan? Could be a fun TE stream in the madhouse of Arrowhead Stadium this week.