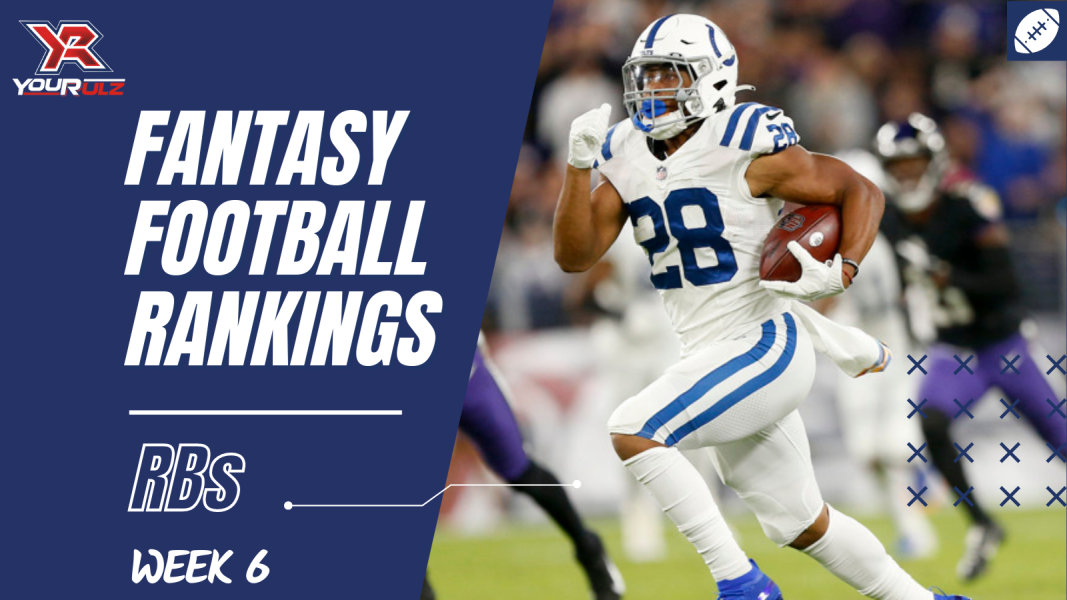 BALTIMORE, MD - OCTOBER 11: Indianapolis Colts Running Back Jonathan Taylor (28) breaks away and takes in 76 yards for the touchdown during and NFL game between the Indianapolis Colts and Baltimore Ravens on October 11, 2021at M&T Stadium in Baltimore Maryland.(Photo by Jeffrey Brown/Icon Sportswire)

Ok, let’s try again, Christian McCaffrey. Worked all week only to be downgraded to doubtful during the weekend. Now, he is 50/50 to play. If he does, I love the matchup at home against the Vikings. The Panthers are going to want to control the ball and keep the Vikings off the field and CMC is the best way to make that happen. If CMC misses the game, his replacements would struggle to rank in the Top 30 here, even with Minnesota’s 20th ranked run defense.

Additionally, if McCaffrey misses, this would raise the outlook for the Vikings and either Dalvin Cook or Alexander Mattison would move up to about 13 on this list. Cook is banged up but expected to play through his ankle injury this week. If he misses, Mattison would be fine there at 15 anyway.

Jonathan Taylor comes off a strong game against the Ravens on Monday night and draws the Houston Texans. The Texans are a massive run funnel defense, rating strong on pass defense (9th in defense-adjusted value over average – DVOA) but 30th against the run.

Nick Chubb is banged up as well heading into a potentially higher scoring game at home against the Arizona Cardinals. Should Chubb miss, Kareem Hunt has proven to be a super efficient running back in his own right, ranking ninth in defensive-adjusted yards over average (DYAR) and fourth in DVOA. Chubb is ranked seventh and 11th in those categories, respectively.

Jacksonville may have finally wised up to the fact that they have a tremendous running back on their team, and it is not Carlos Hyde. James Robinson is second in DYAR and DVOA in the league, ranks fourth in total yards despite being somewhat shelved for the first two games and Jacksonville slung the ball around at a top five rate. Over the last three weeks, the Jags have only thrown the ball 51% of their plays, eighth fewest in the league. Jacksonville has a plus matchup on the ground against the Dolphins.

Darrel Williams steps into the RB1 role for Kansas City this week and has a plus passing matchup against the Washington Football Team. Why does this matter for Williams? Well, the Chiefs forecast to move the ball very well, which may just set up some close TD runs for Williams, but also Washington ranks next to last in the league in DVOA against pass-catching running backs, which gives Williams a chance to make an impact.