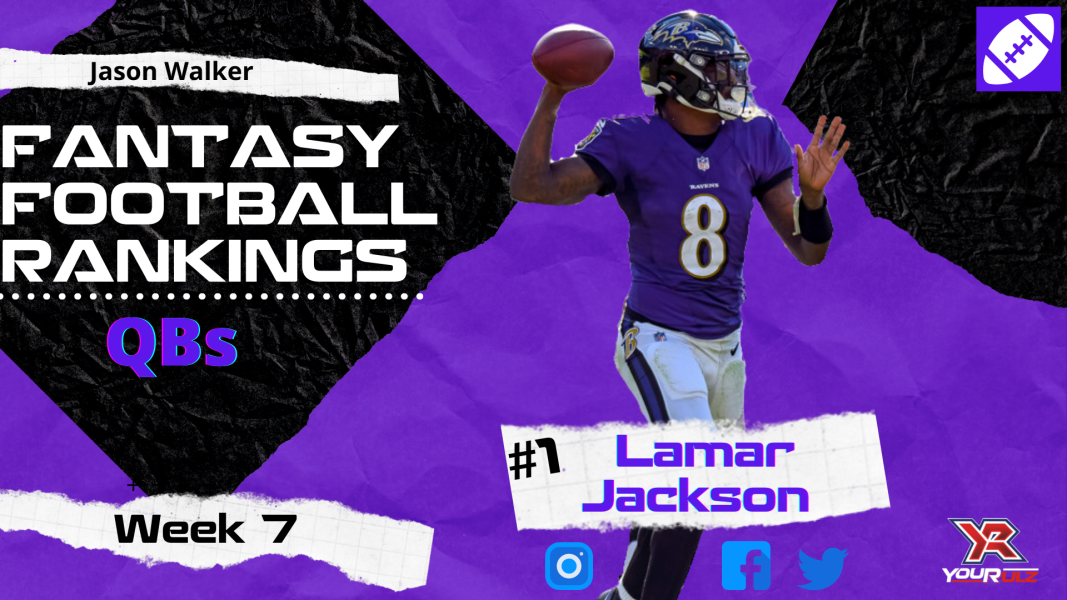 Lamar Jackson is the top pick this week, but it may surprise you for me to say that it is because the Bengals are a good defense this season that Lamar rises up. Why? Because when the Ravens are facing inferior opponents, anyone can score TDs, but better defenses are going to mean that Lamar himself will have to do the honors.

Aaron Rodgers, at home, against a pass funnel defense of the Washington Football Team that ranks 28th in defense-adjusted value over average (DVOA). Enough said.

Kyler Murray gets to continue his hot play against the hapless Texans.  He should rack up a lot of fantasy points before he’s pulled late in the blowout.

Chicago, like Cincinnati, has an excellent defense. In fact, it is a defense that begs you to run the ball more than try to beat them in the air. None of that matters, so far this season, to Tom Brady and the Buccaneers, who are the #1 offense overall in DVOA and the #1 pass offense in DVOA. They don’t care about your defensive ratings. Tom Brady is going to pass and pass effectively. Do not overthink that.

Matt Ryan gets to face the Miami defense that is ranked 26th against the pass and without any semblance of a running game themselves. Sneaky passing matchup for both he and Tua Tagovailoa.

The Saints really, really, really want to limit Jameis Winston’s pass attempts, but two things are pushing him into the rankings this week. One is that the Seattle Seahawks are worse against the pass than the run (24th in DVOA vs. 16th against the run). The other is that, surprisingly, the Saints have been more efficient through the air than on the ground, ranking in the top 10 in passing efficiency. Jameis Winston. Really!