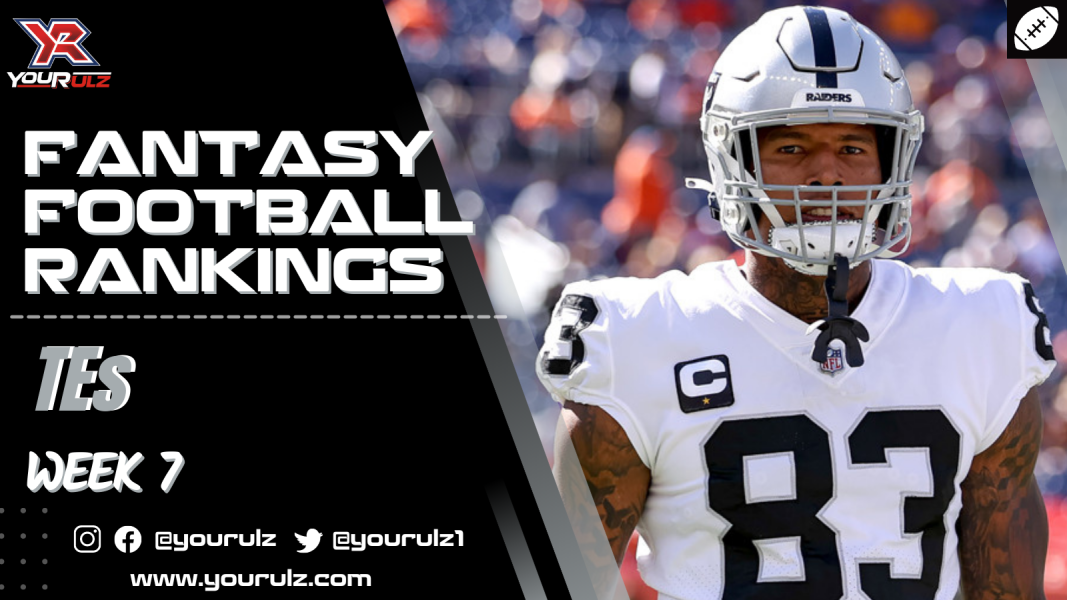 Travis Kelce in a strong matchup is all I need to see to put him at the top of the rankings, but also Tennessee struggles at defending the middle of the field, so Kelce could do a lot of damage here.

Atlanta finally figured out how to get Kyle Pitts moving, finishing as the TE3 for Week 5 with nine catches on 10 targets, 119 yards and a TD. Now that the seal has been broken, look for more against the pass-friendly defense of the Dolphins.

Darren Waller has a terrific matchup against the Eagles, and he’s overdue for a big game.  He hasn’t had more than 59 yards receiving in the last 4 games.

As the defenses get tougher, Lamar Jackson has to do more, and that includes leveraging the pass-catching skills of Mark Andrews, everywhere. The Bengals have emerged as a tough defense, but are only average against the tight end position, so this is an area where the Ravens can move the ball, and Andrews has been excellent in these spots.

Zach Ertz stepped up for the Eagles and got traded for his troubles. But he joins a team that is 22nd in pass efficiency to a Cardinals team, led by Kyler Murray, who is fifth in passing efficiency. To keep up the good vibrations, Arizona’s opponent, the Houston Texans, are fifth worst so far defending tight ends.

Dallas Goedert, who made Zach Ertz expendable in Philadelphia, is also in a good spot this week against Las Vegas, who are 10th worst defending the tight end.