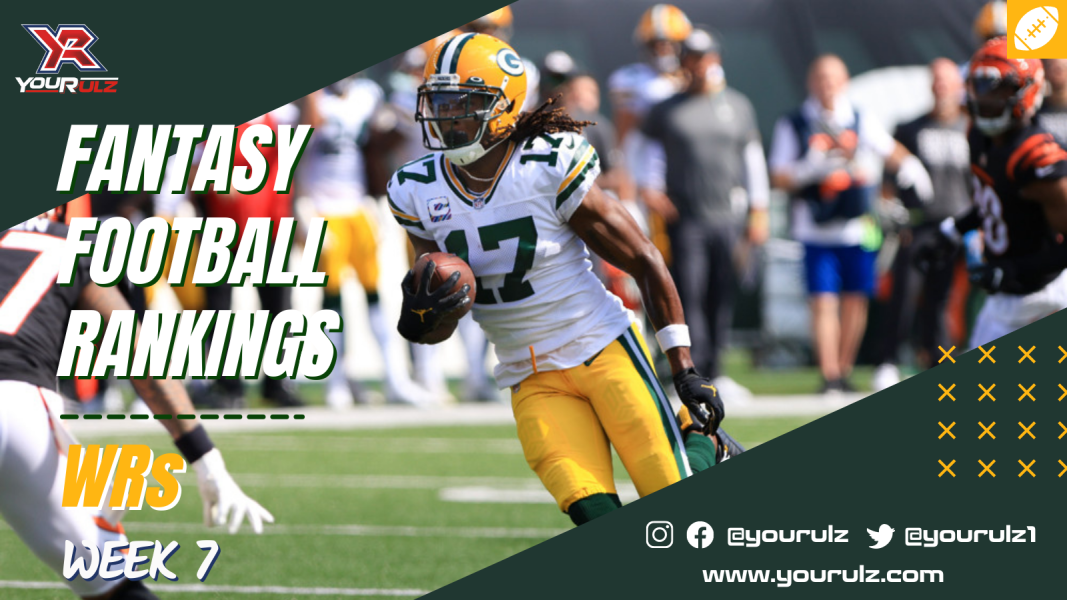 Great matchups once again for the top two wide receivers on the slate, Tyreek Hill and Davante Adams. Tennessee has struggled to cover deep, which Hill should exploit and Washington is poor against the pass versus good against the run.  Adams will feast.

Detroit struggles defensively, and you have to think that Matthew Stafford is going to be hype to prove a point to the team that traded him, leading to fantasy goodness for Cooper Kupp and Robert Woods.

It has been a rough season for Calvin Ridley, stepping into the large WR1, Atlanta Falcon, shoes of now-Titan, Julio Jones. If any matchup could get him well, it is this one against the Dolphins, who are 27th in the league against opposing WR1s.

All the Bucs are good plays, every week, so start them. Brady has a tougher matchup against the Bears this week, but don’t overthink it. If you have Mike Evans, Antonio Brown (if he plays; ankle), or Chris Godwin, start them. Your Seahawks, Tyler Lockett and DJ Metcalf, are taking a hit with Geno Smith tossing the rock instead of Russell Wilson, and the Saints are a top 10 defense overall.

AJ Brown had food poisoning last week, so don’t overweight his Week 6 performance that when he faces what should be a higher scoring matchup with the Chiefs. You can play him, along with Julio Jones, assuming both are healthy and good-to-go this week.

You can, however, take some stock in Washington laying an egg last week in a good matchup, proving that Taylor Heinieke and by correlation, Terry McLaurin, can be inconsistent week-to-week. This week, Washington has a Green Bay defense that is tough against the pass, but softer (30th in DVOA) against the run, so Washington might just want to try and keep Aaron Rodgers off the field as long as possible, limiting the chances for McLaurin and Washington, in general, through the air.