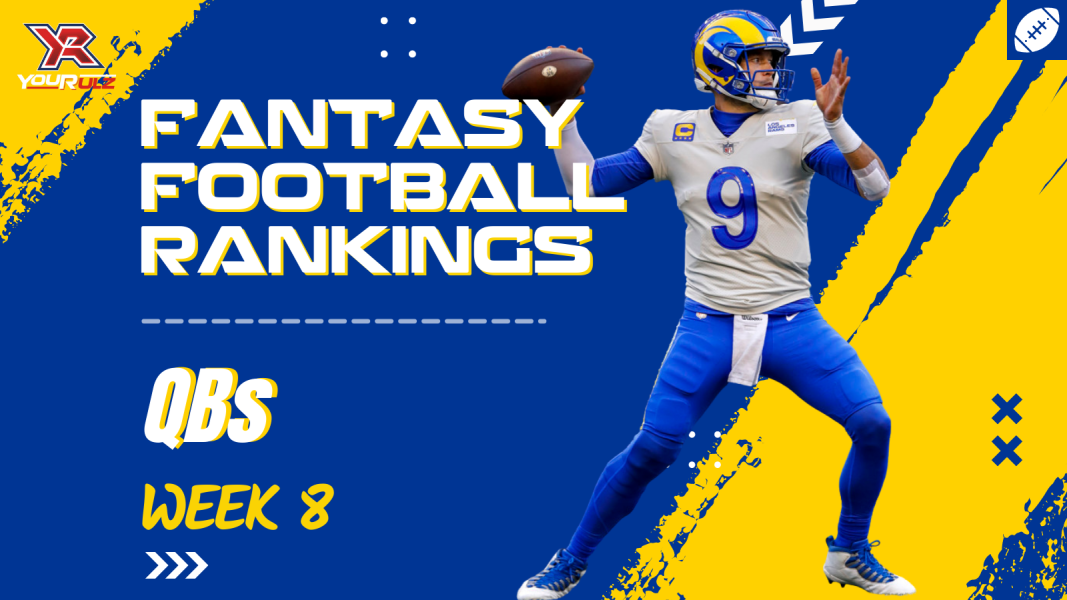 Josh Allen returns and faces a Miami Dolphins defense ranked 26th against the pass, per Football Outsiders DVOA (defense-adjusted value over average). Buffalo likes to keep their foot on the gas offensively, so Josh Allen should be in the middle of all the 31.5 points Vegas currently has the Bills scoring this week.

Kyler Murray takes action against the Green Bay Packers Thursday night. The Cardinals are currently the #4 passing offense in the league in DVOA and face a Packers team that struggles defensively overall. To further highlight this elite matchup for Murray, the Cardinals have the seventh best drive success rate in the league while the Packers rank 26th defensively.

Though one should seldom bet against him, Aaron Rodgers is on the flipside of the short-week matchup and will be without his top target, Devante Adams. Furthering the headwinds, Arizona is the second-best team in the league defending the pass and the Packers are on the road. The line on this game opened with the Cardinals as a three-point favorite but is up to 6.5 as of this writing.

A hot Matthew Stafford drops down the list a bit as he heads into Houston, where QB’s have had little reason to throw as the Texans are one of the worst teams against the run.  Expect the Rams to allow Stafford to hand off more than usual.

Surprisingly, Kansas City is a hot mess everywhere right now, but especially defensively, where they are only better than the Jacksonville Jaguars. The Giants need to get some of their key receivers back, which is still questionable at this time, but if they do, Danny Jones should find things slightly easier for himself and is a solid streamer at the position, if needed.

Teddy Bridgewater is another interesting streaming option or QB2 this week as he gets to face the pass funnel defense of the Washington Football Team. Washington is pretty stout against the run (8th in DVOA), but is 29th against the pass and they see the ninth highest passing play percentage against them this season and sixth highest over the last three weeks.