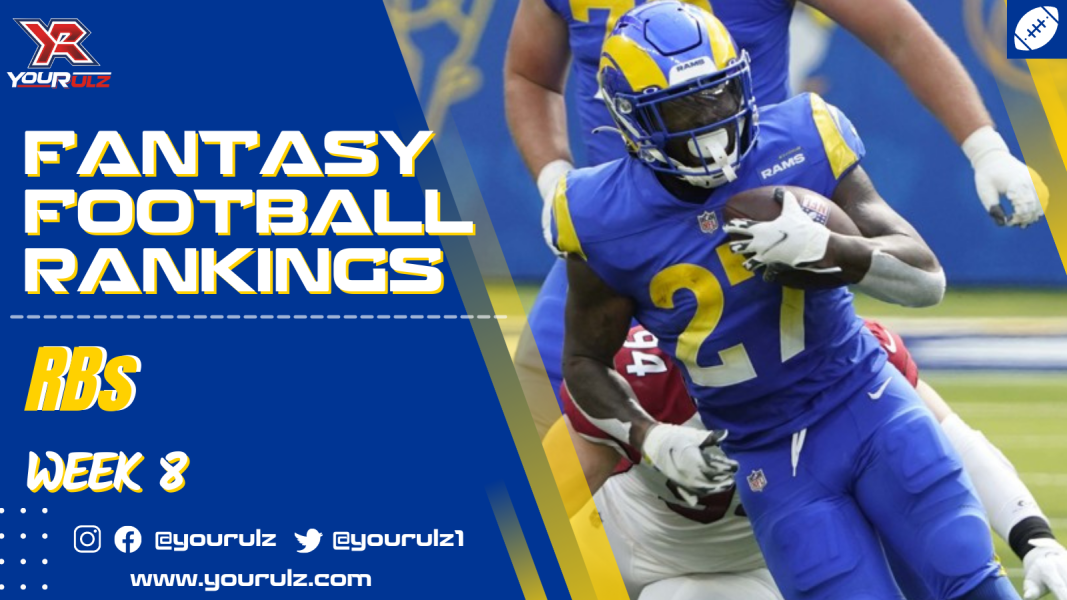 INGLEWOOD, CA - OCTOBER 3: Darrell Henderson Jr. #27 of the Rams during the NFL game between the Arizona Cardinals and the Los Angeles Rams on October 03, 2021, at SoFi Stadium in Inglewood, CA. (Photo by Icon Sportswire)

Derrick Henry is nearly matchup proof, especially adding in 18 targets this season through the air, with which Henry has a 95% catch rate.  The Colts are a tough matchup, but Henry is likely to have a tremendous game anyway, no matter the game flow.

Alvin Kamara will likely be extremely busy keeping up with the Tampa Bay Buccaneers through the air, as the Saints try to match the Bucs prowess on the scoreboard. The Bucs are stingy against the run, but a more generous 24th against pass catching running backs.

Darrell Henderson’s Rams are two touchdown favorites against a Houston Texans team that is surprisingly strong against the pass (12th in defense-adjusted value over average – DVOA) but 30th against the run.

Austin Ekeler is not a name the public would label as the best running back in the league, but he is #1 in DVOA this season and now gets a home game against the Patriots, who have been average against the run this year, but 30th against pass-catching running backs.

The Los Angeles Chargers themselves are dead last against the run, and Damien Harris is a surprising seventh in the league in rushing success rate, which measures a player’s consistency.

Should Miles Sanders (PHI) miss this week, Kenneth Gainwell is in excellent position to soak up some of that production. Gainwell has been an effective back behind Sanders, especially in the passing game, where Gainwell already ranks 11th in targets in the NFL among running backs and faces a Lions team dead last against pass-catching backs.

Ezekiel Elliott has returned to the leaders in rushing this season, ranking sixth in DVOA and third in effective yards. Now, Elliott gets a game flow that should feature giving him the rock to keep a potent Vikings offense off the field, and the Vikings themselves are more of a run-funnel defense, ranking third against the pass, but 24th against the run this season.