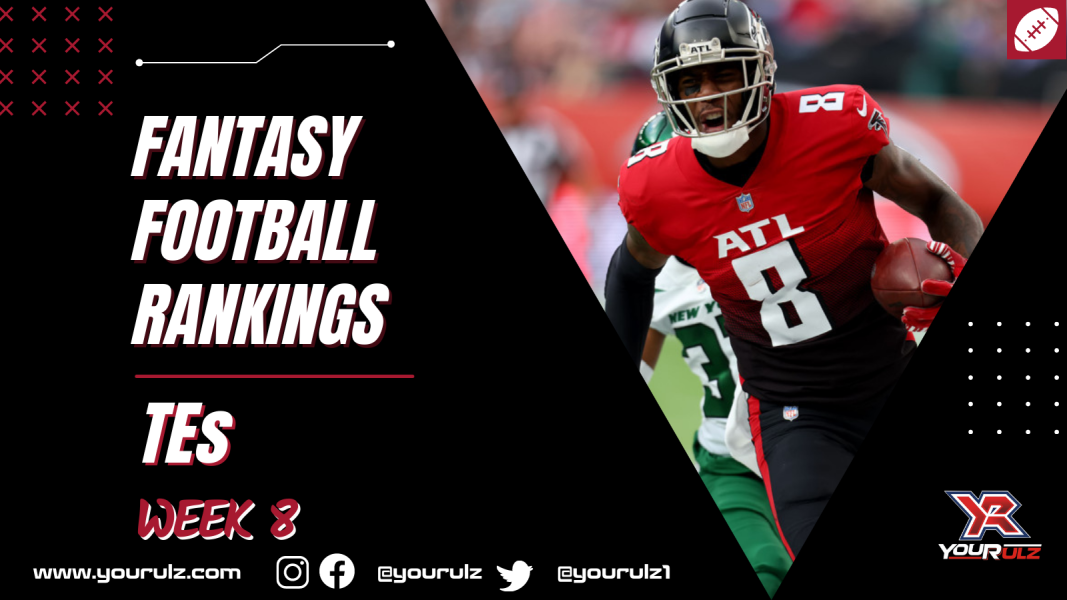 Travis Kelce may have bad games, and the Chiefs are really struggling right now, but Kelce is still our #1 tight end until further notice, or until Kyle Pitts take over for him. Kelce does get a moderately good matchup against the Giants this week, who are both average at pass defense and against the tight end position itself.

Pitts has a tougher matchup against the Panthers, but the seal has been broken on his usage, and the catches have been catching up to the targets Pitts was receiving earlier this season. Pitts has already risen to fifth in effective yards, and fourth in defense-adjusted yards over replacement (DYAR).

Just above Pitts in that DYAR category is surprising Cowboys tight end Dalton Schultz, who ranks second, just behind Kelce here. Schultz gets a Minnesota Vikings team that is 26th in the league defending the tight end position.

Tyler Higbee is a strong streaming tight end candidate, if he is not already on a team in your league, against the Texans team that does pretty well, against the pass, but has a soft spot for tight ends, ranking 29th against the position this season.

Worse still against the tight end are the Los Angeles Chargers, who take on the New England Patriots and Hunter Henry, who quietly ranks 10th in tight end receptions this season.

Tough matchup for the emergent Mike Gesicki of the Dolphins, heading up to Buffalo and take on the #1 defense in the league. The Bills are also vice-grip tough against the tight end, ranking fourth in defending the position. Gesicki remains ranked due to his volume at the position, ranking third in targets and fourth in receptions this season, but a stronger streaming candidate, if you need it, might be worthy this week.