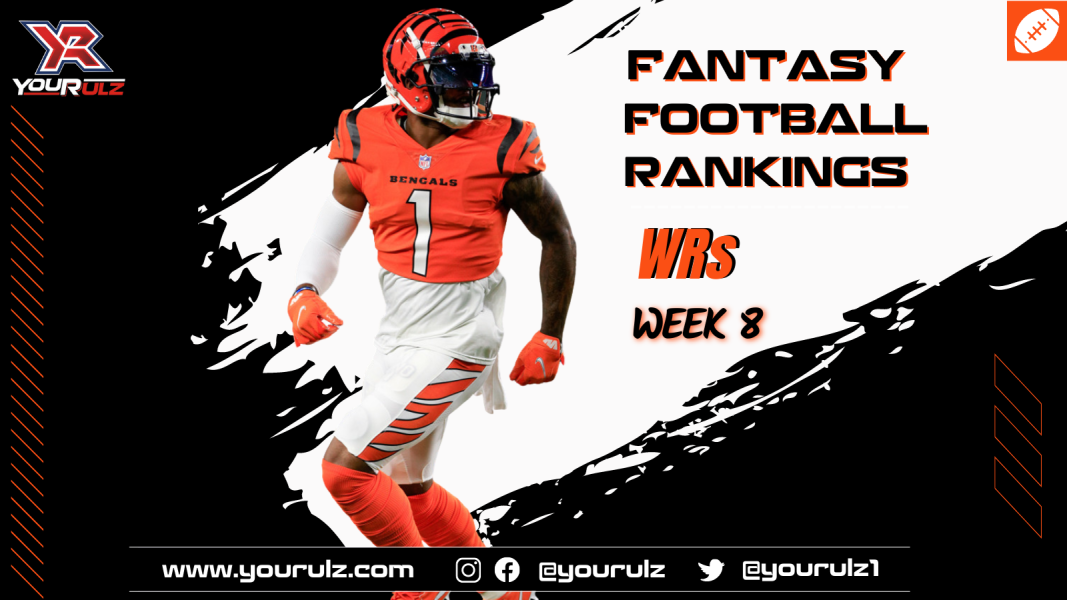 CINCINNATI, OH - SEPTEMBER 30: Cincinnati Bengals wide receiver Ja'Marr Chase (1) warms up before the game against the Jacksonville Jaguars and the Cincinnati Bengals on September 30, 2021, at Paul Brown Stadium in Cincinnati, OH. (Photo by Ian Johnson/Icon Sportswire)

Hard to believe, but Ja’Marr Chase has already arrived as a top wide receiver in the league. The rookie WR is second in yards to only Cooper Kupp, who has the stingier matchup (pass-defense wise) against the Texans.  Chase, however, has the Jets, who are 30th in defense-adjusted value over average (DVOA) against WR1 and 28th overall in pass defense.  Chase has six catches over 40 yards this season and is second in DVOA among wide receivers.

The Denver Broncos have a defensive reputation, but they have dropped the rope this season, ranking 27th overall in DVOA and 24th against the pass. They are 31st against WR1 this season, so even though Terry McLaurin has had some up and down weeks this season, he is definitely in position to succeed this week and is WR2 worthy.

It may seem weird to see the Buccaneer receivers a little lower this week, but Mike Evans and Chris Godwin face the tougher New Orleans Saints this week, a top 10 pass defense.  Now, that has not really mattered to Tom Brady this year, but it is worth noting that Rob Gronkowski intends to play this week, and his presence impacted the receivers’ ceilings, especially Evans, who has thrived while Gronk has been out.  They are still start worthy (obviously) but worth noting as far as their ceiling this week.

DK Metcalf gets the 32nd ranked pass defense of the Jaguars, but Geno Smith provides a lower ceiling, even in such an elite matchup for Metcalf.  To put Geno’s struggles in perspective, he would rank below Jacoby Brissett in DVOA if he qualified with attempts, and has been worse than Andy Dalton this season. Given that the Seahawks would rather run the football (they are 3rd in DVOA this year doing so) and the Jaguars have been bad there too (ranking 20th against the run), you have little reason to depend on Geno Smith’s passing abilities, and it greatly limits the effectiveness of both Metcalf and Tyler Lockett.