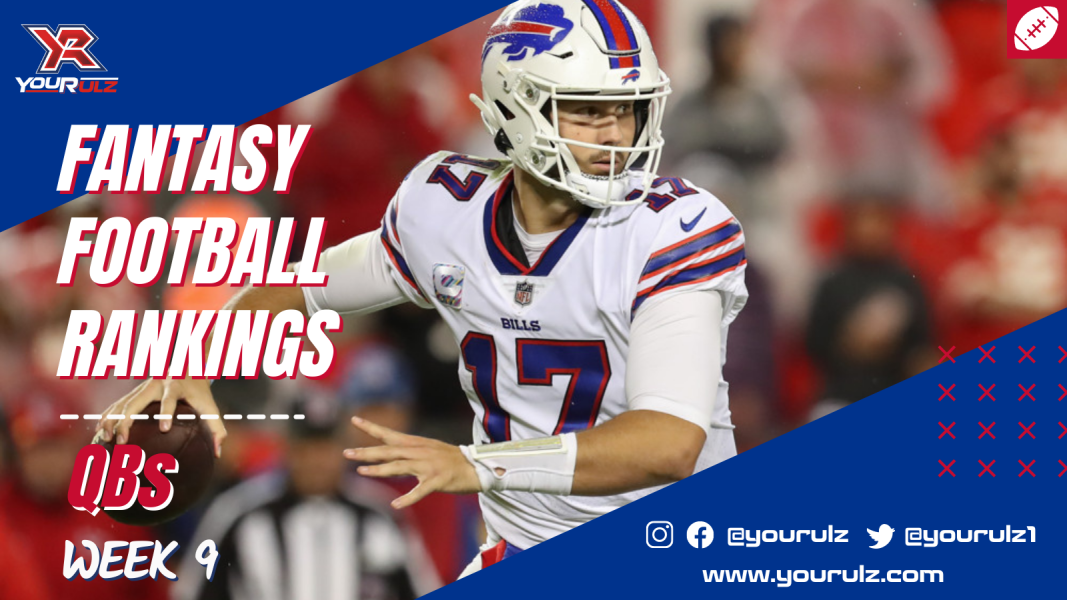 Josh Allen gets to feast on warmer weather and the Jacksonville Jaguars this week with the highest team total on the docket (31.5 points). Jacksonville has the worst defense-adjusted value over average (DVOA) against the pass this season.

With no Derrick Henry available to the Titans, Ryan Tannehill will get to show off their usually efficient passing game even more, starting with this week’s matchup against Los Angeles Rams. Being seven and a half point underdogs, the Titans will have even more reason to throw at the Rams this week. It likely will not be an efficient week for Tannehill, but more likely a volume heavy week.

The Baltimore Ravens have had a surprisingly weak defense overall, 24th in DVOA in overall defense, and 23rd worst against the pass, leading the Minnesota Vikings and Kirk Cousins into a softer matchup than may look on paper. Cousins has been a solid top-10 QB in the advanced stats and the Vikings have been in the top half of the league in passing play percentage.

Joe Burrow faces off against cross-state rivals, the Cleveland Browns, who are extremely tough against the run (3rd in DVOA) but can be take advantage of through the air (25th against the pass). Burrow has shown he can use his vast weapons to throw, ranking sixth in the NFL in passing yards.

Taysom Hill could take over at QB for the New Orleans Saints with the injury to Jameis Winston. Whoever gets the call at QB is immediately blessed with the Atlanta Falcons as his first matchup. If its Hill, he is always a threat to score TDs in the red zone and now he has a soft matchup against a Falcons team that is 30th in the league in team defense.

Other questionable QB situations are in Dallas, where either Dak Prescott or Cooper Rush will take on a great matchup at home against the Denver Broncos, who are 25th in total defense. The Panthers have Sam Darnold in the concussion protocol so PJ Walker or signed-to-the-practice-squad Josh Love is on deck against the Patriots.