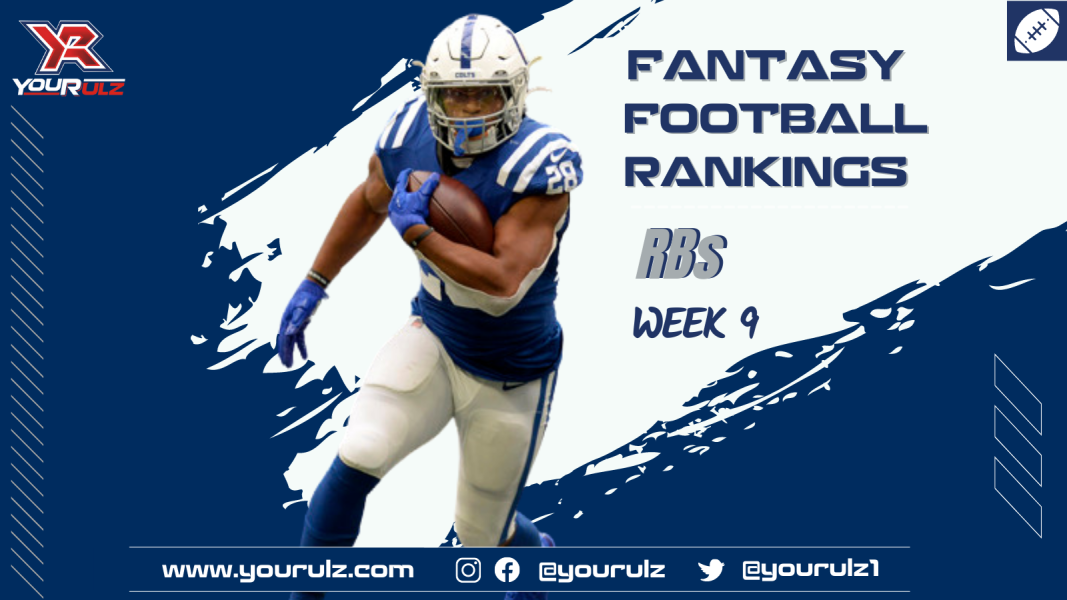 INDIANAPOLIS, IN - OCTOBER 31: Indianapolis Colts Running Back Jonathan Taylor (28) carries the ball up the field during the NFL football game between the Tennessee Titans and the Indianapolis Colts on October 31, 2021, at Lucas Oil Stadium in Indianapolis, Indiana. (Photo by Michael Allio/Icon Sportswire)

Jonathan Taylor has the second most defense-adjusted yards over average (DYAR) and runs against a Jets defense that is 28th in the league this season. The Colts are a 10.5 point favorite at home against the Jets, marrying an excellent matchup to an excellent potential game flow for Taylor to rush.

The Tennessee Titans have a solid pass defense so far this season (14th in defense adjusted yards over average –DVOA) but are much worse against the run (28th in DVOA), giving Darrell Henderson another opportunity to show off his RB1 breakout season. Henderson is 5th in the league in DYAR and the Rams are heavy (7.5 point) favorites against the Derrick Henry-less Titans.

With no Aaron Rodgers this week, Aaron Jones might be leaned on more heavily in his matchup against the Kansas City Chiefs. Jordan Love is the QB and could feature more check downs to Jones as well as running Jones against the 29th ranked rushing defense of the Chiefs.

Green Bay Packers themselves are the 30th ranked rush defense, meaning that Darrel Williams should be able to give Patrick Mahomes a solid rushing attack to get their offense back on track.

Austin Ekeler remains the NFL’s #1 most efficient running back, per DVOA, and he gets the Philadelphia Eagles, who are a run-funnel defense by virtue of their 12th ranked passing defense but 22nd ranked rush defense.

The Los Angeles Chargers are the worst rush defense in the league and last week we saw Boston Scott taking advantage of the Miles Sanders injury. Scott should be in good shape again this week in this softer matchup.