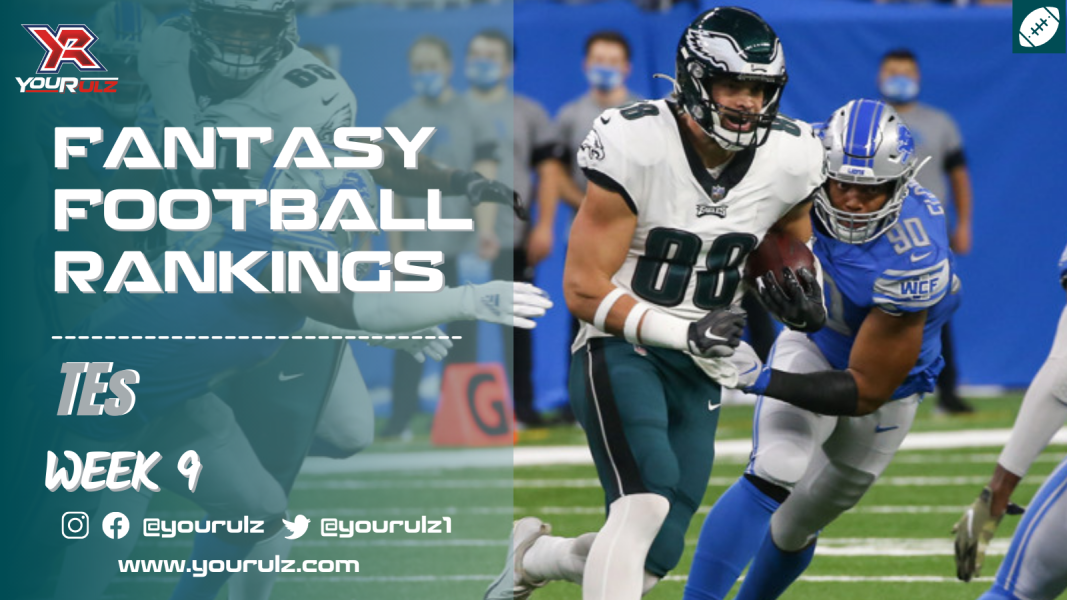 Dallas Goedert has 358 yards receiving on 24 catches this season and a 12.34 yards per target, underlining his big play ability at tight end. He faces the Los Angeles Chargers, who are third worst in defending the tight end position this season.

Darren Waller will be back from injury this weekend to take on the New York Giants on the road. Despite missing two whole games this season, Waller is still is sixth in yards and third in targets among tight ends.

Travis Kelce is to nobody’s surprise the top target getter among tight ends this season, 70 through the Chiefs’ eight games. But it may be a surprise that Mike Gesicki is third with 53 and will play the Texans, who have been fourth worst in the league against tight ends.

Amidst the discussion around the Chiefs’ offensive struggles, Kyle Pitts’ emergence in Atlanta, you may have missed that Mark Andrews is second in tight end yards, even coming off of a bye week. Get him back in your lineup.

Finally, George Kittle should return to the field, and while Kittle can certainly break open any game and has average seven targets a game for the four game he has participated in so far this season, Arizona ranks #1 in defending the position. So while I would start him anyway, if you had picked up Gesicki while Kittle was out, it may make sense to stick with that. If not, fire Kittle up.