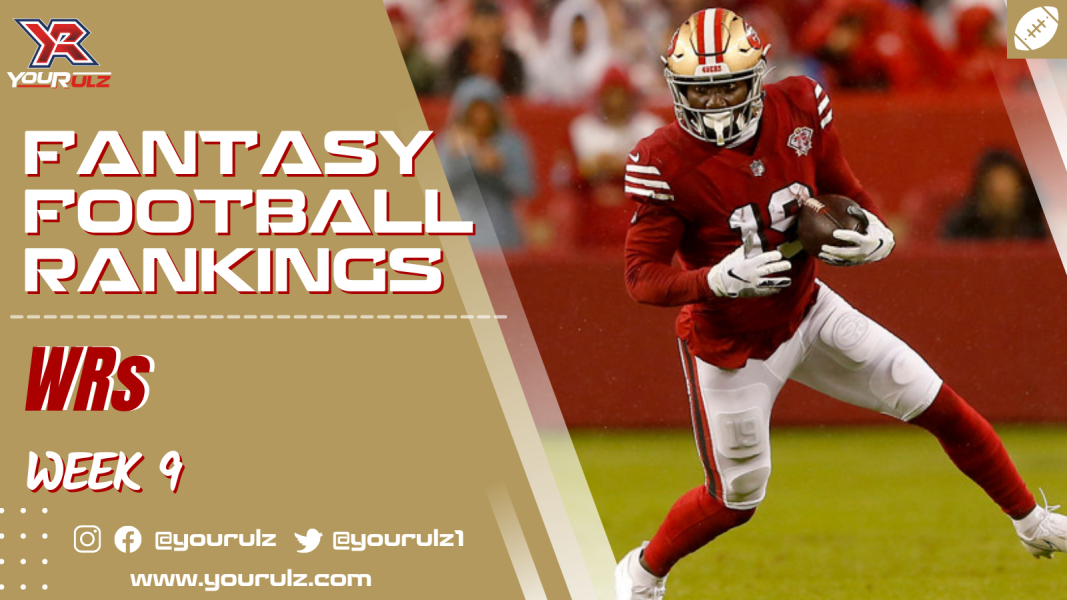 If I told you that Cooper Kupp was the #1 WR in receiving yards this season, you would probably nod and say that it makes sense, considering Matthew Stafford and the Rams offense in general. But what if I told you that the WR2 this season in receiving yards played for the San Francisco 49ers? Deebo Samuel has quietly shimmied his way to 819 yards so far this year on 20 fewer targets than Kupp.

Stefon Diggs keeps getting the higher rankings in these great Bills passing matchups because he is the #1 most targeted Bills WR with nearly nine a game. The big plays just haven’t hit yet, but with great opportunities like Diggs gets, you look at each week like a vacuum. He is an excellent buy candidate because nothing has changed except the outcomes this season.

His teammate, Mr. Emmanuel Sanders, has taken advantage of some of that outcome, getting 413 yards this season on only 41 targets, with a ridiculously high 19.51 average depth per target. In short, with teams watching Diggs, Sanders is wide open way down the field, and he and Josh Allen have taken advantage.

Nobody likes the swap of Jordan Love for Aaron Rodgers, but whoever takes snaps will take aim at Davante Adams, so do not get cute and sit the man that Love will no doubt lean on like a security blanket against a team (KC) that is 30th against the pass.

Quietly in the top 15 in receiving yards, even after a bye week, is Ravens WR Marquise Brown. The Baltimore wide receiver has 566 yards receiving in seven games and has the fourth highest ADOT in the league among players who have taken 50% of their teams’ snaps. A big play waiting to happen, Brown is an excellent start in games where you need a high ceiling.

Ja’Marr Chase and Tee Higgins for the Bengals have the Cleveland Browns this week. The Browns are #3 in the league in DVOA against the run, meaning it will likely be on Joe Burrow and the Bengals passing attack to win the day in this matchup. The Bengals are currently 2.5 point favorites, meaning Vegas has faith in Cincinnati to have success in this matchup. Chase has the big play potential, with 786 yards on 38 catches this season and four 40+yd TDs already and Tee Higgins has 49 targets in only six games this season, leading the team in targets per game.